PoliticsNew Zealand to review electoral law ahead of 2023 elections | ...
Politics 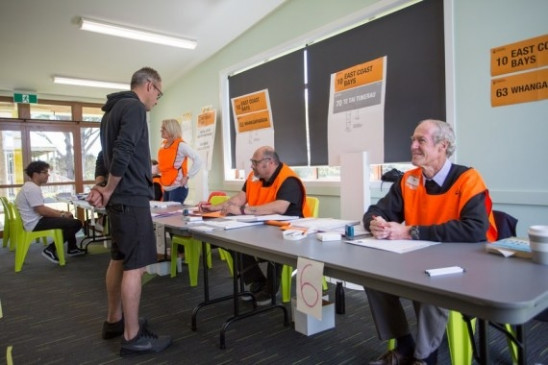 Digital Desk, Wellington. Justice Minister Chris Fafoi said in a statement on Tuesday that New Zealand will review its electoral laws to ensure the rules remain fit for purpose and meet the needs of the next generation of voters ahead of the 2023 general election. “A lot has changed since the 1950s, but most of our election rules have not changed,” the minister said in a statement, Xinhua news agency reported. We want to make the election rules clear and fair to instil more confidence in the system and give better support to the people to exercise their right to vote. Fafoi said the government was taking two approaches and would undertake an independent review of New Zealand’s electoral law and targeted changes to support delivery and participation in the 2023 general election.

The independent review will look at election rules such as voting age and foreign voting, funding of political parties and length of parliamentary term, among others. The minister said some of the targeted changes include improving transparency of political donations to make it easier to see where the money is coming from. In the last general election held on October 17, 2020, the ruling Labor Party led by incumbent Prime Minister Jacinda Ardern won a landslide victory against the opposition National Party led by Judith Collins.