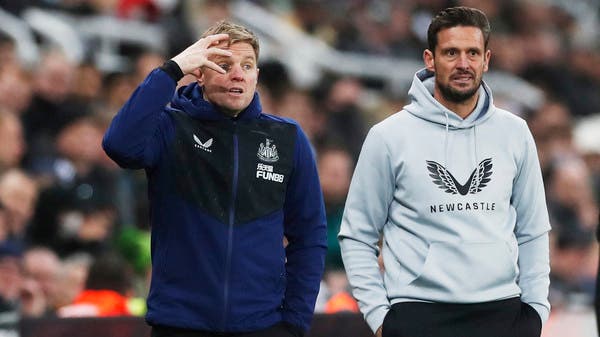 Newcastle United manager Eddie Howe revealed that he is “dangerously close” to not being able to find a full squad that can face Everton away in the Premier League on Thursday.

Newcastle had only eight substitutes, including two goalkeepers, instead of nine during Monday’s draw with Manchester United, after its squad was plagued by injuries and Covid-19 cases.

Strikers Callum Wilson and Alain Saint-Maximin left the field due to injury against United and it was not clear what position they had on Thursday’s match.

Howe told Sky Sports: “The players gave everything, but we struggle very hard in terms of the number of players available. These are difficult moments for us. I think we need 13 players plus a goalkeeper, which is the number needed to start the match.” We would be dangerously close to that number.

He added: Callum’s injury does not look good because of the way he fell with no one around him.

Newcastle have won one in eight matches under Howe and are second to last in the standings.