News that Tirupati temple will be closed for 6 months to fit gold plate is wrong: Devasthanam report 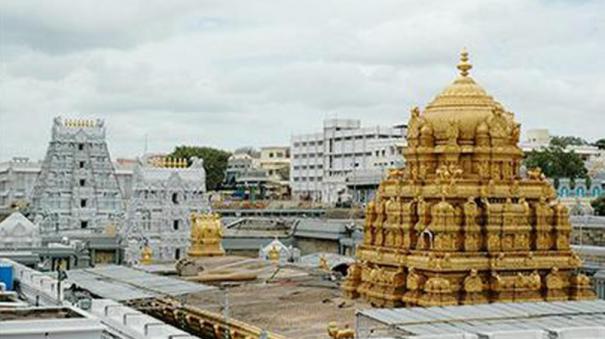 Tirumala: The Tirupati Devasthanam has told the devotees not to believe the rumors that the Tirupati Eyumalayan Temple will be closed for 6 months as the work of fixing the gold plates to the Vimana Gopuram will be carried out from March.

The work of fitting gold plates to the Vimana Gopuram in Tirupati Eyumalayan Temple is going to be done from 1st March. Due to this, some people are spreading false information through social media that the temple is closed for 6 months. In this regard, Venugopal Dikshitar, one of the chief priests of Tirumala Tirupati Devasthanam, said in a statement released yesterday evening on behalf of the Devasthanam that:

Some people are spreading rumors on social media that the temple of Tirupati will be closed for 6 months from 1st March. Don’t believe this. As decided by the Tirumala Tirupati Devasthanam Foundation, the work of installing gold plates on the temple’s golden flight tower will be started from the 1st of March. Therefore, the school work that took place in 1958 and 2018 will be conducted again according to the rules of the law. But the darshan of Moolavar does not stop. During this period, a palalayam will be arranged near the temple. Devotees can have darshan of Moolam and Balalaya temple. From morning till night all the services will be conducted in solitude. Thirukalyanam, Argitha Brahmotsava Seva etc. will be conducted for the utsavas Sridevi and Bhudevi Sametharai Malayapar.

Kumbabhishekam will be conducted after the completion of the repairs. This is stated in the report.

Ricardo Mendoza promises to deny Carlos Alcántara: “Let’s see who hangs out with whom”

Elnaz started at pre-vocational secondary education, now she is a doctor: ‘I thought: just wait, I’ll prove you wrong’

Baskov commented on his inclusion in the sanctions list of Canada