Newspaper: Al-Wasl negotiates with Al-Sarhan Club to contract with the Jordanian grooms 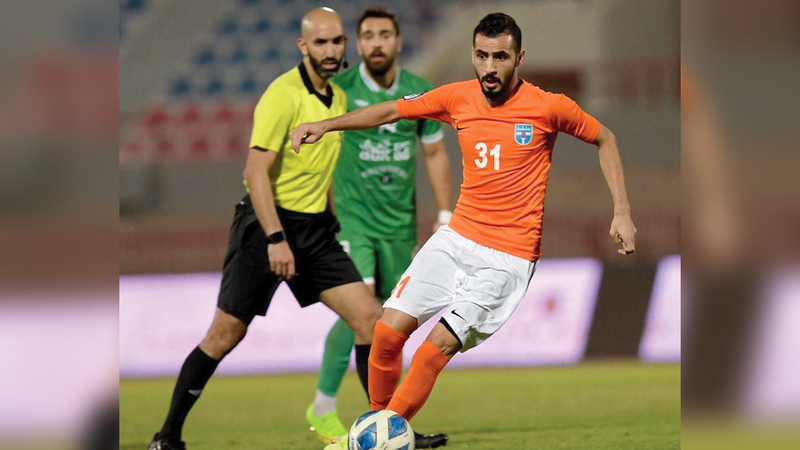 Jordanian media confirmed that Al-Wasl Club entered into negotiations with the Jordanian Al-Sarhan Club to contract with the player Ahmed Al-Arsan, during the current transfer period, pointing out that the Jordanian club sent its conditions to the management of the “Emperor”, which is expected to respond with approval or rejection of these conditions today.

Al-Ghad newspaper indicated that Al-Wasl Club expressed its desire to contract with Ahmed Al-Arsan starting next season, indicating that the management of Al-Sarhan Club is awaiting the response of its counterpart in the “Panthers” on the financial return and the terms of the contract. Al-Sarhan Club President Abdullah Al-Sarhan confirmed that Al-Wasl, through a player’s agent, approached the club regarding the contract with Ahmed Al-Arassan, noting that the club’s management determined its requests and the completion of the deal depends on Al-Wasl’s approval of these requests, and Al-Sarhan pointed out that a Saudi club had previously shown interest. The grooms, stressing that things may be resolved soon about the player’s destination. On the other hand, the players’ agent, Samer Al-Hourani, confirmed that the player Ahmed Al-Arassan is considered close to moving to play in the UAE Professional League, and that things may become clear in the coming days. Al-Hourani explained that the initial negotiations are very positive, indicating that he will travel to Dubai to resolve the final details of the bridal transfer or not. Ahmed Al-Arsan had concluded his professional journey in the Kuwaiti Kazma team, before receiving several local offers from Al-Faisaly, and Gulf ones, including Emirati and Saudi clubs, in addition to the Kuwaiti Kazma’s desire to renew the player’s contract, pending the final decision of the player whose contract with Al-Sarhan Club extends until 2023.