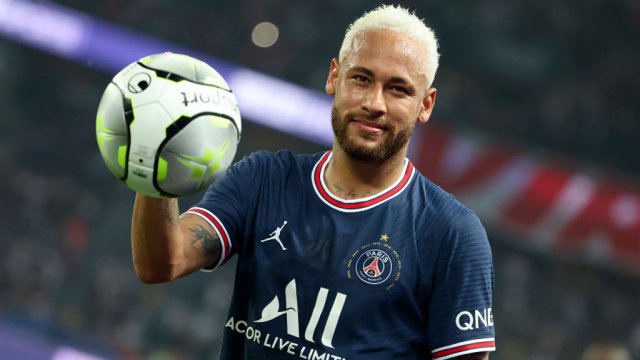 Brazilian football star Neymar offered his support to far-right President Jair Bolsonaro, three days before the country’s presidential elections, in a video posted by the French star Paris Saint-Germain on “Tik Tok” Thursday.
Neymar, who has more than 8 million followers on TikTok and nearly 180 million on Instagram, appears in the video smiling as he gestures to the beat of a song calling for a vote for Bolsonaro.
“Vote, vote and confirm, 22 is Bolsonaro,” the song’s lyrics can be heard, referring to the writing symbol – the number 22 – on Sunday’s electronic ballot box.
Neymar, 31, wore a black hat and was pointing at the number 2 with both fingers.
The Brazilian star’s move is considered a strong boost for the outgoing head of state, who is ahead in opinion polls of former leftist president Luis Inacio Lula da Silva.
Bolsonaro posted Neymar’s video on his Twitter page, with the caption, “Thank you Neymar Jr.”
The Brazil international striker, one of the favorites to win the 2022 World Cup in Qatar (November 20 – December 18), praised on Wednesday in a video the visit of President Bolsonaro to the Neymar Jr Institute, his charitable foundation based in Praia Grande, near Sao Paulo, without an explicit invitation to vote. in his favour.
However, Communications Minister Fabio Faria added to the published video, “We are all in yellow (and) green, with the ‘Celeção’ shirt, to vote for our leader next Sunday.”
A month ago, the head of state published a picture of him with a soccer ball presented to him by Neymar, who has become the first player in the current Brazilian national team to publicly declare his support for a candidate.
In contrast to Neymar, former stars such as the former Saint-Germain player Rey and Olympique Lyonnais Juninho also expressed their preference for Lula.