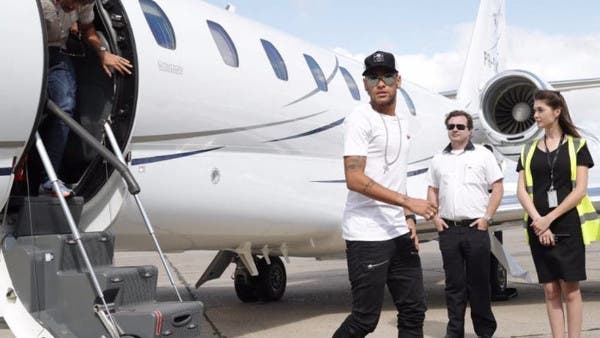 The star of the Brazilian national team and the French football team Paris Saint-Germain, Neymar, panicked, after his private plane had to make an emergency landing on Monday night in the city of Boa Vista in northern Brazil, due to a problem with the windshield, according to Brazilian media.

And the newspaper “O Globo” daily indicated on its website, that the plane, which was on its way from Miami to Sao Paulo (south-east), had to land in Boa Vista around 2:00 a.m. (5:00 GMT) to avoid the problem of low in pressure.

Neymar, who is enjoying his annual holiday after a difficult and disappointing season with Paris Saint-Germain, was accompanied by his girlfriend Bruna Biancardi, his sister Rafaela and many other close people.

And netizens posted on social media photos of Neymar smiling, surrounded by fans jubilant at the unexpected presence of the star in this city located in the heart of the Amazon, near the Venezuelan border.

On Monday, Neymar posted on his Instagram account a picture of him with his sister on the tarmac of the airport in Miami, before boarding the plane. He has not yet commented on the incident.