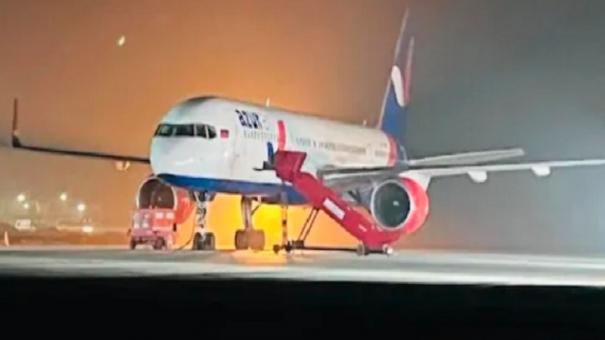 Jamnagar: A flight from Moscow to Goa was bombed after a search has confirmed nothing suspicious.

The Goa air traffic control room received a call that there was a bomb on a flight from the Russian capital Moscow to Goa with 236 passengers on board. The flight was later diverted to Jamnagar, Gujarat. After the flight landed at Jamnagar, all 236 passengers and 8 flight crew members were evacuated safely. The plane was then taken to a private area called an isolation bay. There, a bomb disposal team conducted a thorough inspection of the aircraft.

Meanwhile, the Russian embassy in India was also informed. The Russian embassy immediately issued a statement. A bomb threat was issued to a flight from Moscow to Goa. After this, all the passengers were evacuated safely. All are reported to be safe in Jamnagar.