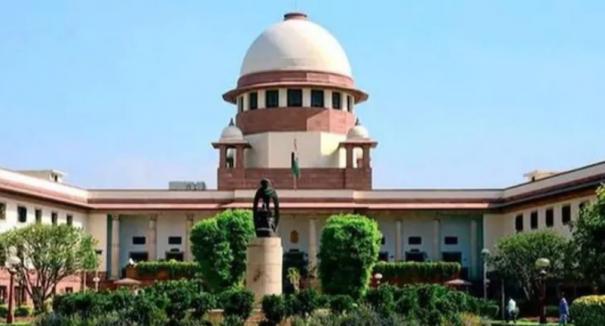 New Delhi: The Supreme Court said there was no conclusive evidence of Pegasus spy software in 29 mobile phones examined by the technical committee.

Last year, it was alleged that central government agencies were using Israel’s Pegasus spy software to spy on politicians, journalists and activists in India. This created a political storm in the country. The opposition parties raised this issue in the monsoon session of Parliament last year and engaged in a series of protests.

Following this, senior journalist Indu N. Ram, lawyer Sharma and many others had filed petitions in the Supreme Court demanding a court-monitored inquiry into the Pegasus issue.

The Supreme Court accepted these petitions for hearing and ordered in October 2021 to set up a committee headed by retired Supreme Court judge RV Ravindran to investigate the complaint. A technical committee was also constituted to assist this committee.

In this case, the bench headed by Chief Justice NV Ramana and comprising Justices Suryakant and Hima Koli, read this report in the court yesterday. The judges then said:

The Inquiry Committee has submitted its lengthy report in 3 parts. Part 2 of this is the reports of the technical committee. Another part is the report of the Oversight Committee headed by retired Supreme Court Justice RV Ravindran.

Part of the report recommends amending the law to protect citizens’ right to privacy and ensure the nation’s cyber security.

According to the technical panel report, there was no concrete evidence of Pegasus spyware in 29 mobile phones examined by the panel. 5 phones were infected with some software but could not confirm if they were infected with Pegasus spyware. The technical team said that flaws in cyber security are the reason for the vulnerability of 5 phones. The committee said in its report that the central government did not cooperate with the investigation. We do not wish to comment further without fully examining the report.

The report of the panel headed by Justice Ravindran has general features. The report will be uploaded on its website shortly. The court will hear the matter after 4 weeks. This is what the judges said.