No details on relief for displaced tribals: Central government handout 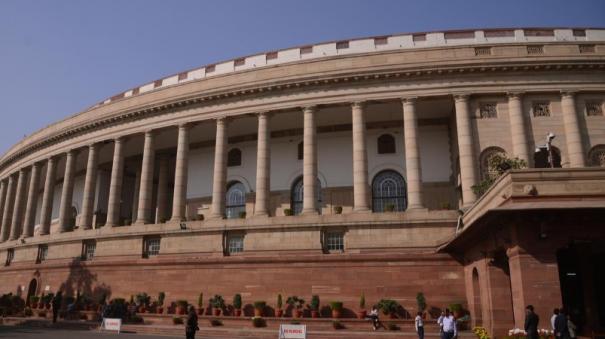 New Delhi: The Minister of State for Tribal Affairs disclosed in the Lok Sabha that the central government does not have the details of the relief for the displaced tribal people.

In this regard, the MP of Villupuram Lok Sabha Constituency D. Ravikumar asked, “What are the details of the development projects and livelihood projects initiated by the government for the displaced tribal people?”

How many tribal people have benefited from these development projects? How many of them were given job opportunities under the central government in the last ten years?” he asked.

A written reply by the Minister of State for Tribal Affairs: “The Government of India has guaranteed the right to fair compensation and transparency in the Land Acquisition, Rehabilitation and Resettlement Act, (RFTCLARR) 2013.”

According to the Third Schedule, the resettlement area provides infrastructure facilities for a reasonably livable and planned settlement. Land acquisition, rehabilitation and resettlement are carried out by state governments.

The norms of various schemes of Central and State Governments are used for this purpose. Therefore, the information related to the beneficiaries of these schemes is not maintained by the Ministry of Community Development of the Central Government of India,” the ambassador said.