No Discrimination in Reservation to Economically Weaker Sections – Central Govt. 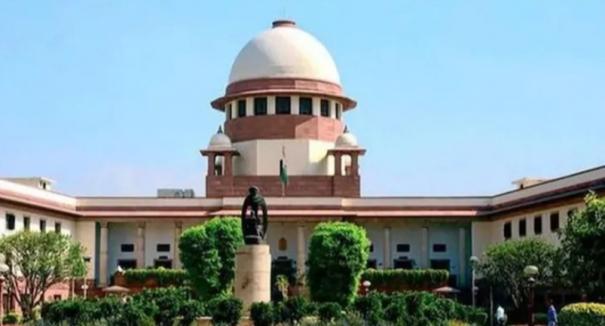 New Delhi: 10 per cent reservation for Economically Weaker General Sections (EWS) does not exceed the 50 per cent limit prescribed for reservation. And the central government has told the Supreme Court that it has not shown any bias in this.

Reservation is given to SC, ST, and Other Backward Classes. Similarly, the scheme of providing 10 percent reservation to the economically weaker sections was brought by the central government.

10% reservation for economically backward general category in government jobs. However, there have been complaints that the scheme is questioning reservation itself. Various public interest litigations were filed in the Supreme Court against this reservation.

In this case, the investigation related to this case was held last week. In the argument put forward by the petitioner in this case, he argued that “this reservation is against the caste-based reservation. This reservation questions the sections of the Constitution of India”.

Following this, Justice Ravinder Bhat said, “It has been 75 years since India’s independence. People are still economically backward. There are many people below the poverty line. Why not give them reservation?” said.

However, the case came up for hearing again yesterday. Attorney General KK Venugopal, appearing for the central government at that time, said, “It is not discriminatory to give reservation only to the poor from the general category and to exclude the SC, ST, OBC and SEPC categories from the Economically Weaker Section (WWS) reservation. 10 per cent quota for economically weaker sections will not be a violation of the 50 per cent ceiling as per the earlier judgment of the Supreme Court.

10 per cent reservation for Economically Backward General Sections (EWS) does not exceed the ceiling prescribed for reservation. And no bias was shown in this,” he argued.

And the organization “Youth for Equality” had also pursued the case in this regard. Senior advocate Gopalsankara Narayanan appeared and argued on behalf of the organisation.