No Result
View All Result
Latest News
The EU warned of the danger of a “loneliness pandemic” 26/07/2021
Rafo Raéz returns to the stage with a special show prior to National Holidays 26/07/2021
Can a mother with Govt infection breastfeed her baby? 26/07/2021
I apologize: Tamil Nadu athlete melted out of the second round of the Olympic fencing competition 26/07/2021
A hysterical celebration at the home of the Jordanian champion, Saleh Al-Sharbati, after securing an Olympic medal (video) 26/07/2021
Next
Prev
Home Lifestyle

No effect of Kovid on mother’s milk: Study 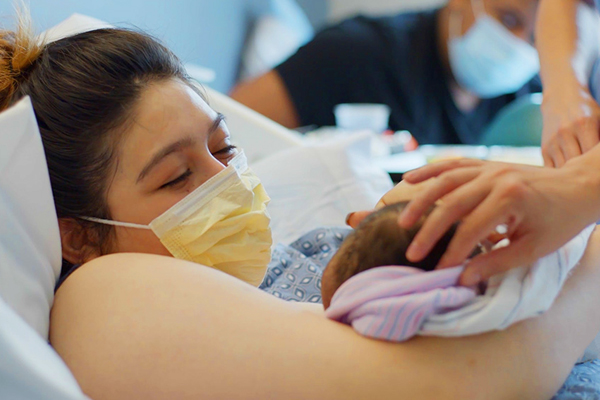 
New York. Vaccines against Kovid have no effect on breast milk. According to a small study, this indicates the safety of the vaccine for pregnant and lactating women and provides preliminary evidence that the shots do not transfer to the infant. Researchers at the University of California-San Francisco (UCSF) analyzed the breast milk of seven women after receiving the mRNA-Pfizer and Moderna vaccines. There was no trace of vaccines that are known to prevent the transmission of SARS-CoV2, the virus that causes COVID.

The detailed study in JAMA Pediatrics provides the first direct data on vaccine safety during breast-feeding and may address concerns among people who have refused vaccination or have stopped breastfeeding due to concerns that immunizations may not be effective in humans. Milk can be substituted.

The World Health Organization recommends that people who are breastfeeding be vaccinated, and the Academy of Breastfeeding Medicine states that there is little risk of vaccine nanoparticles or mRNA entering breast tissue or being transferred into milk, which could theoretically boost infant immunity. can affect.

Gow, assistant professor of maternal-fetal medicine at UCSF, said: “The results strengthen current recommendations that mRNA vaccines are safe in breast-feeding, and that breastfeeding women who should receive the COVID vaccine should not stop breastfeeding. “

Lead author Yarden Golan, a postdoctoral fellow at UCSF, said, “We did not detect mRNA-associated vaccines in any of the milk samples we tested. These findings provide experimental evidence regarding the safety of the use of mRNA-based vaccines during breastfeeding. We do.”

The study was conducted from December 2020 to February 2021. The mean age of the mothers was 37.8 years and the ages of their children ranged from one month to three years. Milk samples were taken several times before vaccination and up to 48 hours after vaccination.

The researchers found that none of the samples showed detectable levels of vaccine mRNA in any component of the milk.

However, the authors noted that the study was limited by the small sample size and that clinical data from a larger population was needed to better estimate the effect of vaccines on breastfeeding outcomes. (IANS)

Vikrant Rona: Be ready next time! .. Jacqueline challenges the hero

Husband from the office .. Wife who did not open the door, shocked to see the bedroom

One injured in Texas shooting dies of wounds

Ramakrishna who came for Minister KTR .. wished the program success ..

Allu Arjun‌ Two ghosts in the house .. Bunny wife who posted a video !!