No matter how big you are, if you play like this again…- Ravi Shastri warned Dhoni 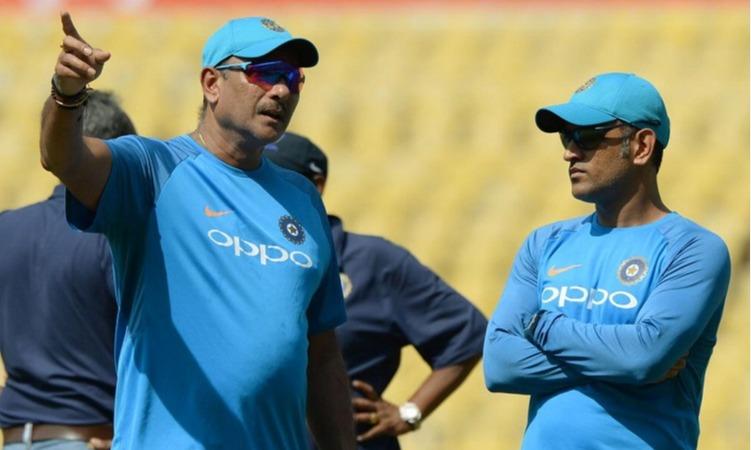 In his book, former Indian fielding coach R. Sreedhar mentioned that Ravi Shastri gave Dhoni a stern warning in a team meeting after MS Dhoni’s poor batting led to India’s loss in the ODI against England in 2018.

India lost the match by 86 runs. Ravi Shastri is not angry about the team’s loss, R. Sreedhar says Ravi Shastri’s anger is that MS Dhoni threw the match to the ground without any fighting spirit without making any effort to win.

India won the T20I series 2-1. Joe Root’s 113 scored England’s 322 in the second after winning the first match of the ODI series. Chasing the target, India surrendered by 86 runs. England were in tension when Virat Kohli and Suresh Raina were batting. But once both were dismissed, the onus fell on Dhoni. But India lost as Dhoni played without trying to win. Dhoni scored 37 runs off 59 balls and defeated the team in a huge way.

When Sridhar describes this delicious incident in the book ‘Coaching Beyond: My Days with the Indian Cricket’, “Once Virat Kohli and Raina are out, Dhoni and the bowlers have to play the last 10 overs. But without any struggle, Dhoni poured and closed the shop. 13 runs an over is tough, but just 20 runs came in the next 6 overs. It was in this innings that Dhoni reached his milestone of 10,000 runs. We were thrilled about it, but we wanted to know why Dhoni didn’t take a single step towards the target.

Ravi Shastri was furious, not at losing but at surrendering without any fighting spirit at the root of his anger. Ravi was not going to leave this matter alone.

This is what Shastri said: ‘Look, no matter how great a player you are, you should never surrender without trying to win again, I will not allow this to happen under my leadership. If he misses another try, it will be the last international match for the player. There is no shame in losing a match, but you should not give up without a fight like this.

When Ravi Shastri said this, Dhoni was directly opposite him, Ravi Shastri’s eyes were on Dhoni during the entire speech. But Dhoni also did not lower his eyes that he was referring to himself, he too looked Ravi Shastri in the face. Dhoni will accept the criticism leveled at him because deep in his heart, Dhoni knows that he deserves the criticism.

Said Ravi Shastri. How many coaches will rebuke superstar players like this, Shastri has done, but it is not known whether R. Sreeder wrote in that book that same Ravi Shastri also reprimanded Virat Kohli like this.

We have said earlier that Dhoni at one point played for the victory of the team instead of playing as a reliever. The reason is that Dhoni’s fans will forgive him no matter how he plays. In other words, if Dhoni scores 4 runs in 15 balls and is dismissed at the crucial stage, Dhoni fans will be reassured that ‘he would have won had he been out.’ If he can’t stand and win, what Dhoni fans will say, ‘Is he the only one who should play? What are the religious people doing?’ They will ask and give support. It is no exaggeration to say that Dhoni’s cricketing career was between these two fandoms. Ravi Shastri has got Dhoni’s intention right.