No more asylum seekers in tents in Ter Apel last night, ‘but that is no guarantee for tonight’ 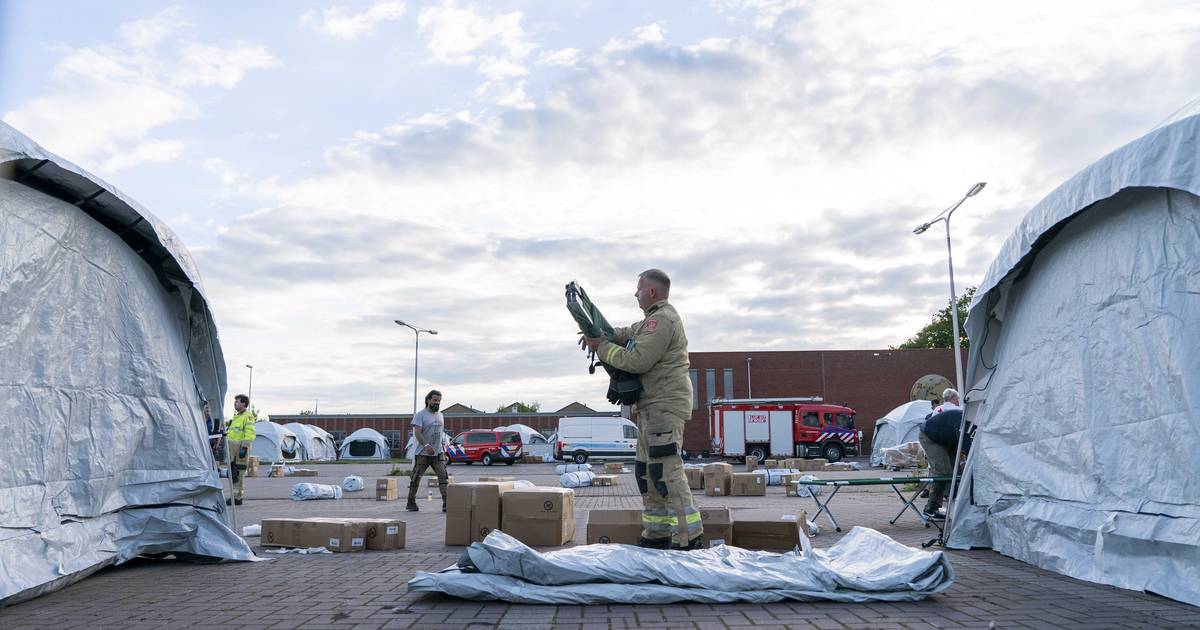 During the night from Saturday to Sunday at the application center in Ter Apel, no asylum seeker had to spend the night in the sports hall, in a tent or on a chair in the waiting room of the Immigration and Naturalization Service (IND). This has always been the case for the past few days.

Ter Apel now had (just) enough space because there was less new influx, but also because (emergency) reception places have become available at various locations in the country, a spokesperson for the Central Agency for the Reception of Asylum Seekers (COA) said on Sunday.

The application center in Ter Apel has been overcrowded for a long time, because the flow of permit holders from reception centers to homes has stagnated. Asylum seekers in Ter Apel have recently been forced to sleep in Red Cross tents or on chairs in waiting areas of the IND.

I dare not speak about tonight. We still have the whole day ahead of us

On Saturday it was announced that Geleen (Limburg) will take over asylum seekers from Ter Apel until July 21. In total, at least four hundred (emergency) shelter places became available on Saturday, according to the COA spokesperson. What this means for the night from Sunday to Monday is still unclear at the beginning of the afternoon on Sunday. “I don’t dare to speak about that now. We still have the whole day ahead of us.”

It is also still unknown whether the (emergency) shelters will provide sufficient air for the coming period. “That depends on so many factors,” said the spokesman. He points out that a new phase will start on Monday. On Friday, the cabinet announced that a crisis approach will be introduced for the asylum reception that has run aground. State Secretary Eric van der Burg (Asylum and Migration) also said that the security regions have promised about three hundred extra reception places for the coming days.

On Monday, Van der Burg must submit a plan to provide enough shelter places for the next three months. Ministers Hanke Bruins Slot (Internal Affairs) and Hugo de Jonge (Public Housing) must ensure that there are sufficient places for so-called status holders, people who have gone through the asylum procedure and are allowed to stay in the Netherlands. That plan should also be in place by Monday.

“We are confident that the chosen course will work,” said the COA spokesperson. But it is not a structural solution, he also indicates. That would be there if asylum seekers who have the necessary permits can move on to municipalities where they are given shelter, so that people who are waiting in Ter Apel for a place in an asylum seekers center can actually go there, he says.