No new corona variant in China yet, but more data is needed, says WHO 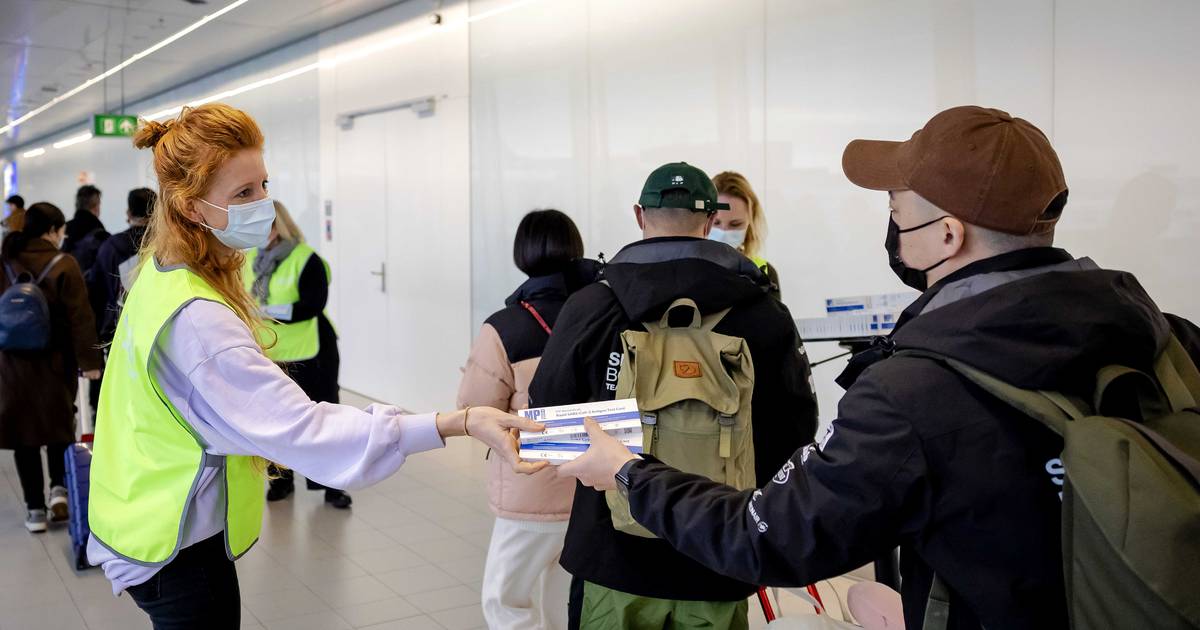 There are currently no new variants of the corona virus in China, the World Health Organization (WHO) reported on Wednesday afternoon based on data from the Chinese authorities. But the WHO is urging China to share more data, such as figures on hospital admissions.

“Data remains essential for WHO to conduct regular, rapid and robust risk assessments of the global situation,” Director-General Tedros Adhanom Ghebreyesus said on Wednesday. He also said he understands that some countries are taking steps to protect their citizens given the lack of information.

The European Center for Disease Control (ECDC) came to the same conclusion on Tuesday: “The variants circulating in China are already circulating in the EU and therefore do not pose a challenge to the immune response in European citizens. In addition, there are relatively high levels of immunity and vaccination among EU citizens,” the ECDC said in a statement. But this body also denounced the lack of reliable data on the number of cases of illness, hospitalizations and number of deaths in China.

Several countries are concerned about the emergence of a possible new variant of the virus in China, now that the country is struggling with an unprecedented wave of infections. Spain, Italy and France have announced that they will introduce mandatory PCR testing for travelers from China from January 8. Health experts from the 27 member states had already agreed on Tuesday that coordinated action is needed: once inside the EU, people can travel freely from one country to another. “The overwhelming majority is in favor of testing before leaving China,” said a spokesman for the European Commission.

The 27 countries are currently meeting to see if they can come up with coordinated measures. Health in the EU is not a European but a national competence.

The Netherlands started offering self-tests to travelers arriving at Schiphol from China on Wednesday. About a hundred people on board a plane from the city of Xiamen were offered a test and ‘almost everyone’ accepted the tests, GGD Kennemerland said. “A handful said no and walked on.” The service does not keep track of how many people actually perform the tests and how many of them are found to have the corona virus.

The European Commission informed China earlier this week that the European Union is willing to donate vaccines. Beijing has not yet responded to that. However, Chinese officials have strongly criticized the testing requirements now being imposed. “The entry restrictions have no scientific basis and in some cases are even excessive and unacceptable,” a spokesman for the Ministry of Foreign Affairs said on Tuesday.

China abruptly ended its ‘zero covid policy’ last month after popular protests. Chinese people are allowed to travel again and foreigners will be allowed to enter China again from January 8. Only China is now still struggling with a wave of infections, possibly millions a day. The authorities have now officially stopped counting. But journalists note dramatic scenes at hospitals and crematoriums.

From the beginning of the Pandemic, the Beijing government sought solutions in testing, counting infections and very strict lockdowns. Entire cities were sometimes cut off from the outside world. All this time, the number of infections indeed remained relatively small, but virtually extinct, as elsewhere in the world where vaccination has been used, the pandemic in China did not want that.