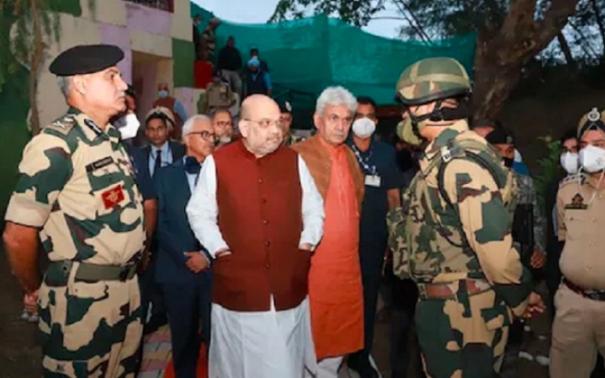 Srinagar: Home Minister Amit Shah has said that the police should not follow suit in the context of the recent names of new organizations involved in terrorist activities in Kashmir, all of which are branches of Pakistani terrorist organizations.

Amit Shah has said that Pakistan has given new names to militant groups to create the impression that violence is prevailing in Kashmir and that local organizations are to blame for the conspiracies being carried out locally.

The intelligence service recently leaked information to the government. It said organizations such as Lashkar-e-Taiba and Jaish-e-Mohammed, which operate from Pakistan, were intensifying the government’s financial crisis and could not be held directly responsible for the violence in Kashmir. It is for this reason that they are trying to revive several small groups such as the Harkat Ula Mujahideen, The Resistance Front, Tehreek-e-Millat-e-Islami, Ansar Qaed ul-Ind, and the Jammu and Kashmir Kasnavi Force, the intelligence report said.

On this basis, Union Home Minister Amit Shah, who recently convened a Jammu and Kashmir security review meeting, urged the Jammu and Kashmir Police, paramilitary and army to “do not call any militant groups by new names anymore. They are all branches of Pakistani organizations.”

Similarly, the defense review meeting discussed strategies to counter the enemy’s plans to increase drone attacks. The meeting also called for the use of 3km drones weighing 5kg and the increasing use of anti-drone weapons against border guards.