No one can occupy even an inch of land: Amit Shah praises Indo-Tibet Defense Force 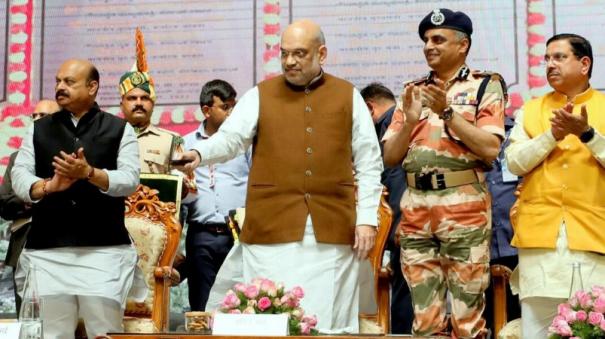 The ITBP operates in the worst weather conditions among the armed forces of the Central Government. No one can encroach even an inch of our land as ITPP soldiers patrol and camp on the India-China border. They protect our border even in minus 42 degrees.

This is possible only with strong willpower and supreme patriotism. People of India call ITBP players the brave hearts of the ice. This accolade is higher than the Padma Shri and Padma Vibhushan awards. Amit Shah spoke thus

Individual competition: Following this, Amit Shah spoke at a public meeting held at the BJP headquarters in Bengaluru and said: The Congress party and former Prime Minister Deve Gowda’s secular Janata Dal are preventing Karnataka from progressing. BJP will contest the 2023 assembly elections alone. No one should have any doubts about this. There is no room for talk of an alliance with Majdhata.

People of Karnataka have decided to support BJP. Wherever I went, I could feel the pro-BJP mood among the people. If BJP wins, Karnataka’s growth will increase manifold. Amit Shah spoke thus.