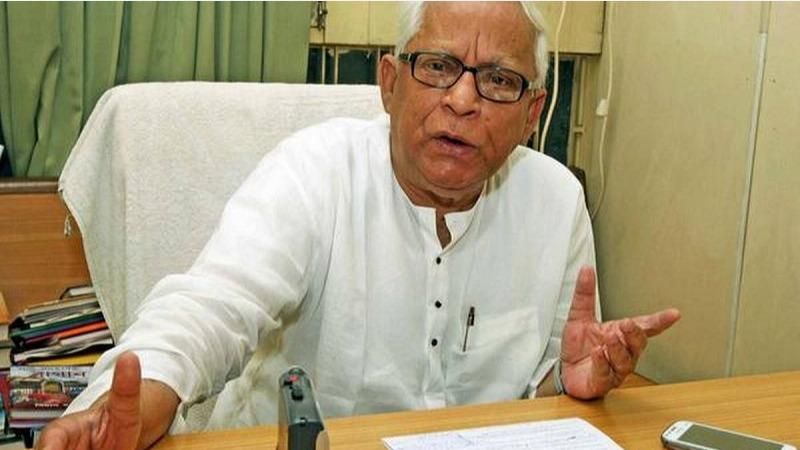 Kolkata: No one told me they would give me the Padma Award. The former West Bengal chief minister said he would probably reject it if it was given like that Buddhadev Bhattacharya said.

The Central Government today announced the Padma Awards for the year 2022.

Accordingly Buddhadev Bhattacharya was awarded the Padma Bhushan. He said he would reject it in this case.
That’s what he said about it Marxist Communist As stated on the party’s social media pages: I do not know anything about the Padma Bhushan award. No one told me anything. Maybe if they had given it to me I would have rejected it. Thus it is stated.

In this case, on behalf of the Union Home Ministry, yesterday morning Buddhadev It is said that he spoke to Bhattacharya’s wife about the award and thanked her for accepting the award.

Among Modi’s most fierce critics Buddhadev Bhattacharya is one of them. The 77-year-old is currently paralyzed at home due to age-related problems due to poor health.

Ghulam Nabi Azad of the Congress party, Marxist Communist Of the party Buddhadev The announcement of the Padma Award to Bhattacharya drew criticism. Both are anti-Modi. The award was said to be for those who were harshly critical of the state. In this context, the former Chief Minister of West Bengal rejects the Padma Award Buddhadev Bhattacharya said.

Previous recipients of the Padma Award: Film writer Salim Khan has turned down the 2015 Padma Shri award. In 2005, historian Romila Thapar rejected the Padma Bhushan award she was presented with. The award, presented to him in 1974, was returned in 1984 after the Indian Army condemned the attack on a Sikh temple. Actor Khushwant Singh turned down the 1974 Padma Bhushan award in 1984. However, he accepted the 2007 Padma Vibhushan award.

Thus there are those who have rejected the Padma Awards in the past out of dissatisfaction with the state.