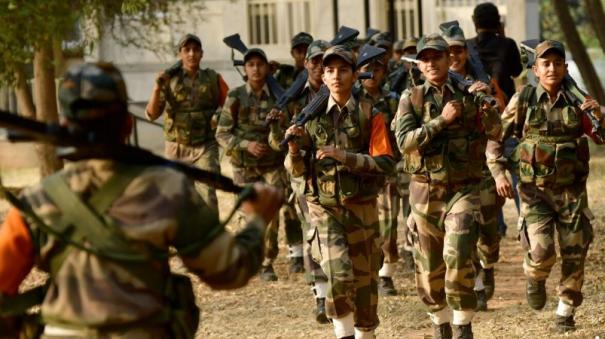 New Delhi: The central government has said that there is no plan to make military service compulsory for the youth.

Minister of State for Defense Ajay Bhatt’s written reply to a question raised by BJP MP Arun Kumar Sagar and other members of the Lok Sabha during the monsoon session of the Lok Sabha: The government has not made any plan to force youth to join the armed forces. Sainik schools are not involved in the implementation of the Agnipath scheme.

The government has given permission to NGOs and private schools in collaboration with state governments to set up 100 Sainik schools. This scheme is applicable to schools of all states and Union Territories including Madhya Pradesh, Uttar Pradesh. An MoU was signed with the Sainik Schools Association for applications from eligible non-government, private and state government schools.

The armed forces are conducting recruitment operations from all parts of the country, including tribal areas,” the minister said.