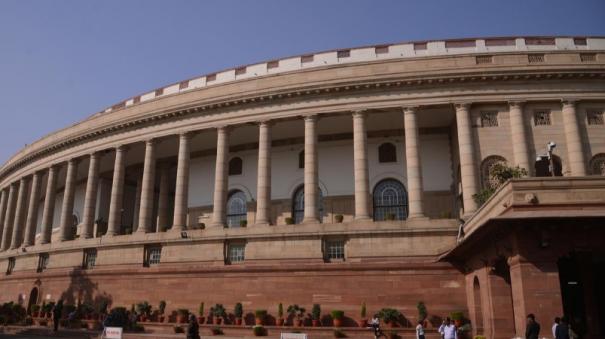 New Delhi: It has been reported that the government has no plans to increase the amount for houses under the Pradhan Mantri Awas Jojna (PMAY). Union Minister Sadhvi Niranjan Jyoti said this in reply to a question raised by MP Ravikumar in the Lok Sabha today.

In this regard, Villupuram Constituency MP D. Ravikumar asked, “What are the steps taken by the government to update the list of beneficiaries in rural areas under the Prime Minister’s Housing Scheme (PMAY-G)?” Is there any plan by the government to increase the construction amount for the houses to be built under the scheme? What steps has the government taken to achieve the goal of housing for all?” he asked.

Union Minister of State for Rural Development Sadhvi Niranjan Jyoti’s written reply to this: “Presently, there is no plan under the Ministry’s consideration to increase the construction amount for houses under the Prime Minister’s Housing Scheme.

To achieve the goal of “Housing for All” in rural areas, the Ministry of Rural Development is implementing Pradhan Mantri Awas Yojana-Gram (PMAYG) from April 1, 2016. A target of 2.95 crore houses with basic facilities has been set by March, 2024.

Identification of beneficiaries under PMAY-G is based on the housing facilities and exclusion criteria prescribed under the Socio Economic Caste Survey (SECC) 2011 and due verification.

A target of 2.95 crore houses was set based on completion of Gram Sabhas and appeals process. The number of eligible beneficiaries available through the SECC database is currently around 2.15 crore.

The government conducted the Awas+ survey from January 2018 to March 2019 to identify the alleged beneficiaries under SECC 2011. 80 lakh people were newly diagnosed. Awas data is being used to fill that gap and 63.68 lakh houses have been allotted to eligible states/UTs under the Awas scheme till date.

The Ministry is taking the following steps to achieve the goal of ‘Housing for All’: 1. Regular review of progress at the Ministry level, 2. Launch of PMAY-G dashboard for monitoring and supervision of the scheme 3. Timely allocation of targets to States/UTs and release of adequate funds, 4 .Regular follow-up with states, central and state role, and allotment of land to landless beneficiaries in rural areas to expedite work progress. 5.Giving awards to best performing states/UTs, districts based on performance index dashboard.

This creates healthy competition and motivation among the States/UTs to achieve the set targets.

With the cost of building materials rising sharply, it is impossible to build a house with the amount fixed years ago. “So thousands of houses have remained unfinished for years,” he replied.