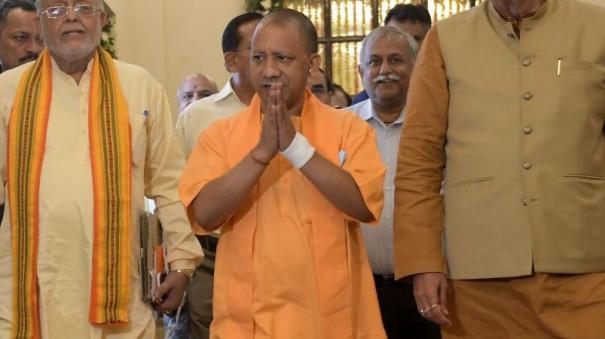 New Delhi: With reference to the 2021 report of the National Crime Archives that there are no religious riots in Uttar Pradesh, comments are being posted by BJP and BJP supporters on social media that there will be a “Ramaraj” there.

In this case, according to the report released by the National Crime Records Bureau in relation to the year 2021, only one religious riot has taken place in UP. This makes UP relatively free of communal riots compared to other states. In the report on communal riots, Maharashtra had the highest number of 378. Jharkhand 77, Bihar 51, Haryana 40.

Following this, U.P. Chief Minister Yogi expressed his happiness to the police officials. Prashant Kumar, ATGP of UP, says about this, ‘Crimes against women, murder and human trafficking have also reduced. It has been pushed from 16th to 28th place. Crimes under the POCSO Act have also reduced and UP has been pushed to the 21st position,’ he said.

Uttar Pradesh, the country’s largest state, has been notorious for communal riots for years. Cities like Muzaffarnagar, Aligarh, Meerut, Varanasi, Moradabad, Bulandshehar are on the list of frequent religious riots.

Since Yogi took over as chief minister of BJP-ruled UP, many reforms are seen in its police department. 53,586 new constables have been recruited. UP 65,568 officers of police have been promoted. UP unlike any other state in the country. It is noteworthy that illegal assets worth Rs.129.4 crore have also been seized by the police department.