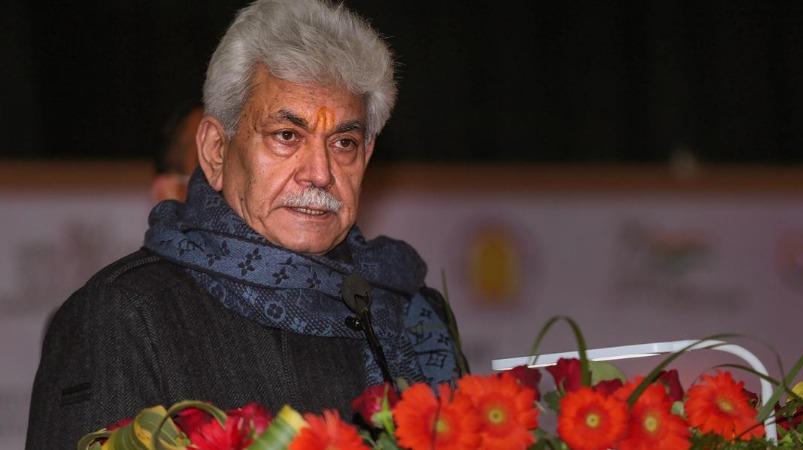 Srinagar: Lt. Governor Manoj Sinha has said that there is no security issue in Rahul Gandhi’s India Unity Yatra being held in Jammu and Kashmir.

Congress MP Rahul Gandhi’s India Unity Yatra is currently on its last leg in Jammu and Kashmir. The Yatra, which started from Kanyakumari in Tamil Nadu on September 7 last year, passed through various states and entered Jammu and Kashmir via Punjab last evening.

Rahul dressed in cold weather: The Yatra was to begin at 7 am today in Kathua, Jammu. The start was delayed by 75 minutes due to heavy snowfall. Rahul Gandhi, who so far wore only a T-shirt during the Indian Unity Yatra, today for the first time wore a cold-resistant outfit. Along with him, many people including Sanjay Raut, one of the prominent leaders of the Shiv Sena party, were present. This Yatra will end in Srinagar on the 30th.

Security is no problem: In this case, Deputy Governor Manoj Sinsha, who participated in the foundation laying ceremony of the house construction project for the displaced government employees held in Srinagar, was questioned about the security for the Indian Unity Yatra. Responding to that, he said, “Necessary steps have been taken to ensure that Rahul Gandhi’s India Unity Yatra is conducted safely in Jammu and Kashmir. Adequate security is provided. Therefore, there are no security issues for the Yatra,” he said.