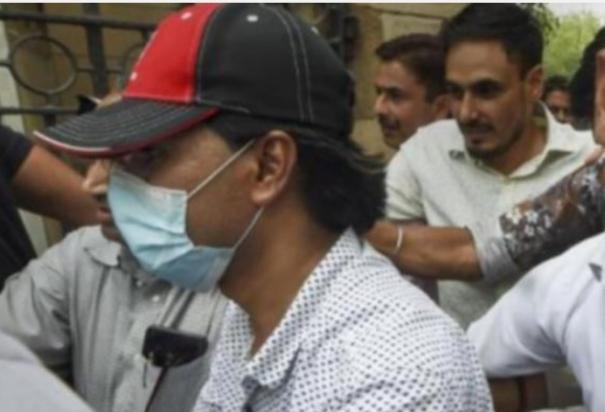 New Delhi: The Supreme Court has issued an interim order not to take any urgent action against journalist Muhammad Zubair.

Mohammad Zubair, co-founder of Alt News website, had filed an urgent petition in the Supreme Court seeking quashing of six cases registered against him in districts of Uttar Pradesh for hurting religious sentiments and insulting Hindu gods.

The petition filed by Mohammad Zubair came up for hearing today under a bench headed by Supreme Court Justice DY Chandrachud. Hearing the petition, the judge issued an interim protection order. He also asked the Uttar Pradesh courts and police not to take any swift action against Muhammad Zubair until the Supreme Court hears the Zubair case next Wednesday.

Case Background: Nubur Sharma, who was the spokesperson of the BJP, had criticized the Messenger of Muslims, Prophet Muhammad. Subsequently, the Delhi Police actively monitored social networking sites across the country.

According to the police, a post on Twitter by Muhammad Zubair, co-founder of Alt News, a Bengaluru-based news website, was also involved. Delhi Police questioned Zubair about this. They arrested Zubair saying that his answer was not satisfactory. The arrest of Zubair in the name of investigation drew strong condemnation across the country.

In this case, Zubair had sought bail. The Delhi court reserved judgment in the case. In this case, the court granted bail to Zubair.

However, he has been granted bail only in this one case. He is yet to get bail in cases registered against him in Lakhimpur Gheri, Hadras and Sitapur. As a result, he is still in jail despite getting bail in the tweet controversy case. Currently, Zubair is lodged in Delhi’s Tihar Jail.