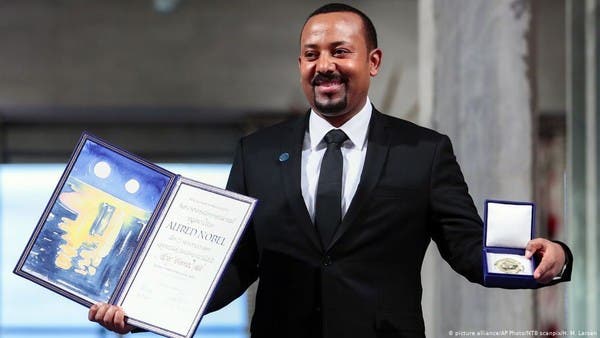 The Norwegian Nobel Committee considered, on Thursday, that the Ethiopian Prime Minister, Abiy Ahmed, who was awarded the Nobel Peace Prize in 2019, has a “special responsibility” to end the conflict in the Tigray region since the end of 2020.

“Abu Ahmed, as prime minister and a Nobel Peace Laureate, has a special responsibility to end the conflict and contribute to peace” in the region, where thousands of people have been killed by the conflict, the committee said in a letter.

And on Wednesday, the World Health Organization said that a blockade that prevents medicines and other life-saving supplies from reaching Tigray is causing “hell” in the war-torn region, and is an “insult to humanity”.


“Nowhere in the world has we seen a hell like in Tigray,” WHO Director-General Tedros Adhanom Ghebreyesus told reporters. Ghebreyesus himself is from Tigray.

He added, “It is appalling and unimaginable in our time, in the twenty-first century, that the government of its people for more than a year has been deprived of access to food, medicine and everything they need to survive,” calling for a “political and peaceful solution” to the conflict.

The conflict in Tigray has left thousands of people dead in the region, which according to the United Nations is subject to a “de facto blockade” that prevents access to humanitarian aid, food and medicine.

The World Health Organization has not been allowed to transfer medicines and medical equipment to Tigray since mid-July last year, despite repeated requests, especially at the Ethiopian Prime Minister’s Office and the Ministry of Foreign Affairs, according to Tedros.

“the situation is dangerous”

“I am from that region,” Tedros said. “I say it without prejudice. The situation is dangerous.”

He continued, commenting on the humanitarian crisis: “Imagine a complete siege imposed on 7 million people for more than a year. No food. There is no medical care, no medicine, no electricity, no communications, no media.”

He pointed out that drone strikes are now being carried out almost daily in the area.

Director of the World Health Organization

He revealed that doctors in the area had to use expired medicines, noting that even these medicines are running out.

He stressed “the need to allow access to humanitarian relief at any time, even during the conflict. Conflict cannot be an excuse.”

Even at the height of the wars in Syria and Yemen, Tedros said, the World Health Organization was able to get aid to populations who needed it.

For his part, the WHO’s emergency operations officer, Michael Ryan, who attended alongside Tedros, also expressed his disapproval. Because of this blockade, he said, “there are people who do not have access to basic materials that would allow them to save lives.”

He pointed out that he had not allowed insulin and other basic treatments for diabetics to enter Tigray since last summer, and warned that this matter had made medical care teams unable to “deal with the most severe complications” of the disease, and this matter could have “disastrous” repercussions. .

He warned that “allowing such a situation to continue, and not allowing something to be delivered is an affront to humanity.”

The Tigray region has been witnessing 14 months of armed conflict between the federal government and the former local authorities emanating from the Tigray People’s Liberation Front, the party that ruled Ethiopia for nearly 30 years until the current Prime Minister Ahmed came to power.

Ahmed, the 2019 Nobel Peace Prize laureate, in November 2020 sent the federal army to Tigray to overthrow the regional authorities, who had been challenging his authority for months, accusing them of attacking military barracks.

Ahmed quickly declared victory after the Ethiopian forces took over Mekele, the regional capital, at the end of 2020. But the TPLF rebels recaptured almost all of Tigray after a counter-attack last June before advancing into the Amhara and Afar regions and approaching Addis Ababa.

In December the rebels announced their withdrawal to Tigray after an offensive by government forces. According to the TPLF rebels, government forces continue to launch raids on the area despite their retreat.