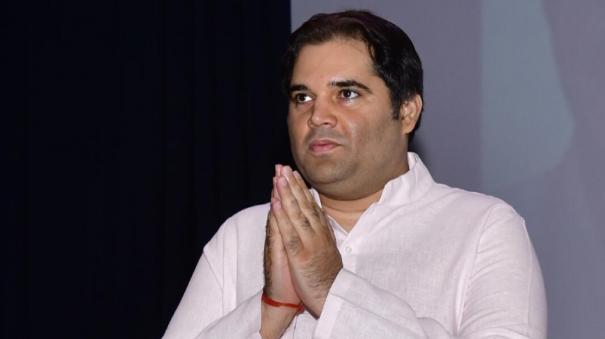 New Delhi: BJP MP Varun Gandhi has said that no patient has yet benefited from the Rs 50 lakh scholarship scheme for people suffering from rare diseases.

Varun Gandhi has written a letter to Union Health Minister Mansukh Mandaviya regarding this. He said: “The Union Ministry of Health and Family Welfare launched the ‘National Policy on Rare Diseases-2021’ on March 30, 2021 to protect people suffering from rare diseases. It was later amended in May 2022. Accordingly, all A stipend of Rs 50 lakh was also announced for the treatment of rare diseases.

Even though months have passed since the announcement, not a single patient has yet benefited under the scheme. As a result, 432 patients have suffered greatly without treatment. Most of them are children below the age of 6. Most children suffer from lysosomal storage disorders, including Gaucher, MBS1, MBS2, and Fabry.

According to data from the Union Ministry of Health and Family Welfare, 208 types of lysosomal storage disorder patients can be treated immediately. Because treatments for these diseases have been available in India for years.

Despite being informed several times by the Union Ministry, none of the 10 treatment centers set up under the scheme have applied to the government for subsidy for rare patients. According to the report of the Committee on Rare Diseases, more than half of these specialized treatment centers have not yet applied to the Ministry for assistance in treating a rare disease.

In this situation, 10 children who were suffering from a rare disease and were waiting for treatment died. Therefore, I request you to immediately start the treatment of these 208 children in the special centers of the central government. Any further delay in this will lead to the death of many children. So, I hope you will take this issue seriously and consider it,” Varun Gandhi said.