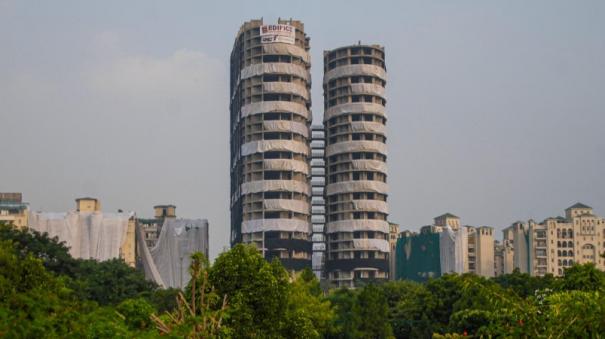 Complaints were raised that these two towers were built in violation of norms. The Supreme Court heard the case and ordered to demolish them.

The work of demolishing the twin towers has been entrusted to a private company called ‘Edify’. In this case, Mayur Mehta, project officer of Edifice Engineering Company, said:

Explosive work began on 13 August to demolish the twin towers, the Apex and Sion, in the pillars of the building. The works were completed the day before yesterday. About 3,700 kg of explosives were used to demolish this building.

Crews engaged in demolition work have been trucking explosives to each site since yesterday. According to the Supreme Court order, the twin towers will be detonated by connecting the detonator at 2.30 pm on August 28. This is what he said.