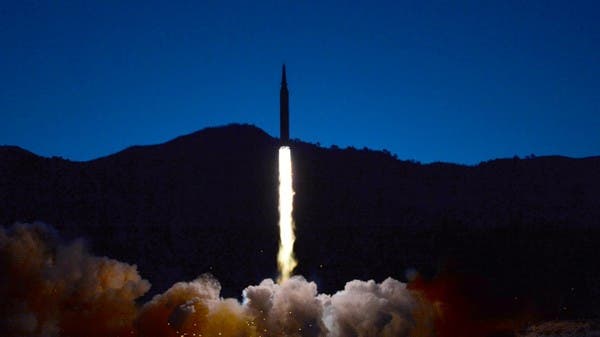 The Joint Chiefs of Staff in Seoul said Friday that “North Korea is firing an unspecified projectile eastward,” without giving further details.

The Japanese Coast Guard said it had detected “the launch from North Korea of ​​what appears to be a missile or ballistic missile at 14:55”.

A coast guard spokesman confirmed to AFP that the force was still conducting analyzes to find out where it landed and whether it was one or more projectiles.

Despite international sanctions imposed on it over its nuclear weapons program, Pyongyang conducted two tests of what it said were hypersonic missiles this year, on January 5 and 11.

Following the US decision, a spokesman for the Foreign Ministry in Pyongyang accused the United States of “deliberately escalating” the situation.

“If the United States adopts such a confrontational stance, the People’s Republic of Korea will be forced to take a stronger and sure response to it,” the spokesman said in comments carried by the official KCNA news agency on Friday morning.

In the context, North Korea on Friday rebuked the administration of President Joe Biden for imposing new sanctions on the country over its recent missile tests, and warned of stronger and more visible measures if Washington persists in a “confrontational stance.”

A foreign ministry spokesman, in a statement carried by the official North Korean Central News Agency, defended Pyongyang’s recent launch of its alleged hypersonic missiles as a morally justified exercise in self-defense.

The spokesman said the new sanctions underscore the US’ hostile intent to “isolate and strangle” the North, despite Washington’s repeated calls for Pyongyang to resume diplomacy, which has been stymied by differences over sanctions relief and denuclearization steps.

The North Korean spokesman accused the United States of sticking to a “gangster-like” attitude, saying that North Korea’s development of the new missile is part of its efforts to modernize its military and does not target any specific country and does not threaten the security of its neighbors.