WorldNorth Korea fires an 'unidentified projectile' into the sea
World

North Korea fires an ‘unidentified projectile’ into the sea 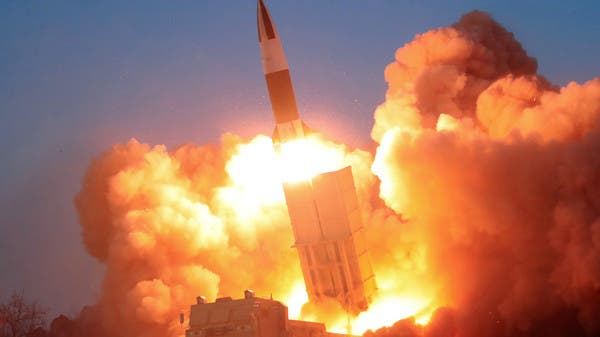 No other details were immediately available, such as the type of projectile, the distance it traveled, and whether it was more than one.

Pictures published by the Rodong Sinmun newspaper on Monday showed a missile emerging from one of the five tubes of a launch vehicle like a fireball, and a missile taking off in a horizontal trajectory.

Analysts said that if the launch of these long-range cruise missiles is confirmed, it would represent a technological advance for North Korea, giving it a better ability to avoid defense systems.

The missiles launched last weekend crossed a 1,500-kilometer path over North Korea and its territorial waters before reaching their target, according to the North’s agency.

The test launches were conducted on Saturday and Sunday in the presence of senior North Korean officials, according to the agency, which confirmed that the tests were successful.

The UN Security Council has adopted several resolutions banning North Korea from continuing its nuclear weapons and ballistic missile programs, which it says it needs to defend itself against a US invasion.
But the decisions did not prevent it from developing cruise missiles, on which it conducted previous tests.

Previous articleGuntur: Conflict with her husband, Katugadu who was overwhelmed by believing in his wife
Next articleToday is Engineers’ Day: Greetings to those in the engineering field