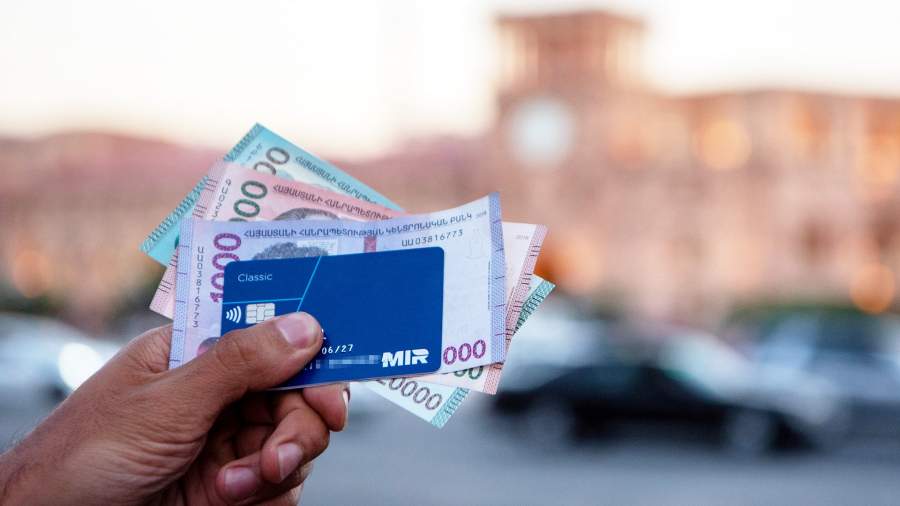 The Armenian currency has become the world leader in growth – over the year, the dram has strengthened against the dollar by 22%. The main reason is the influx of Russians into the country. Thanks to relocators, the volume of remittances increased, and GDP growth turned out to be double-digit. But problems also arose: prices rose, the situation on the real estate market worsened. How the Russians influenced the Armenian economy – in the material of Izvestia.

In the first nine months of 2022, 780 thousand Russians entered Armenia, about 740 thousand left. Thus, about 40 thousand people remained in the country. This is 2.5 times more than for the entire last year, when 16,000 Russians settled in Armenia.

“In the spring, many programmers, service professionals, and media workers arrived. In autumn, the composition and geography of visitors became more diverse. Many Russians found work or continued to work remotely, and in some cases they themselves created companies in Armenia or moved existing firms here, ”said Grant Mikaelyan, a researcher at the Caucasus Institute.

The relocation of the Russians helped the development of the Armenian economy. In the first eight months of 2022, the volume of money transfers from Russia to Armenia amounted to $1.9 billion. In the same period of 2021, only $549 million was received from Russia. “The picture is something like this: a smooth rise in January-February, then an explosive growth in March, after that – a doubling of volumes every month. In the summer there was a slight pause and even a recession, since September the market began to grow again,” says economist Felix Khachatryan.

Besides, Russians have opened more than 2 thousand companies and individual entrepreneurs in Armenia. “It is easy to assimilate in the country, people are friendly. For entry, you do not need a Schengen or international passport – a Russian one will suffice. In addition, Armenia has a program to support IT companies, including tax incentives, such as a zero rate on profits and no VAT,” explains the owner of the design studio Pavel Vichev, who settled in Yerevan.

All this had a positive impact on the Armenian economy. At the end of the third quarter GDP growth was 14.8%, although at the beginning of the year the Central Bank predicted 1.6%. “We see a 25 percent growth in human capital in the IT sector. Talented, well-educated people are moving to Armenia, which can have a lasting effect,” Central Bank head Martin Galstyan does not hide his optimism.

The International Monetary Fund also revised its forecast in October. The IMF believes that by the end of the year, the Armenian economy will increase by 7%, although they expected 5% in the summer. The Eurasian Development Bank predicts GDP growth of 12.5%. According to the EDB, this will the fastest jump in the last 15 years.

Nevertheless, the arrival of the Russians exacerbated a number of problems. For example, inflation reached record highs. The Central Bank of the country corrected the annual forecast from 4% to 10%. Prices for basic commodities have risen significantly. During the year, bread, cereals, cheese, fruits, and some types of meat went up in price by 20%.

The cost of renting apartments has also increased. One apartment in the center of Yerevan will cost $800-1000, a two- or three-room apartment with a good repair will cost $1500-1800. This is two to three times more expensive than a year ago. 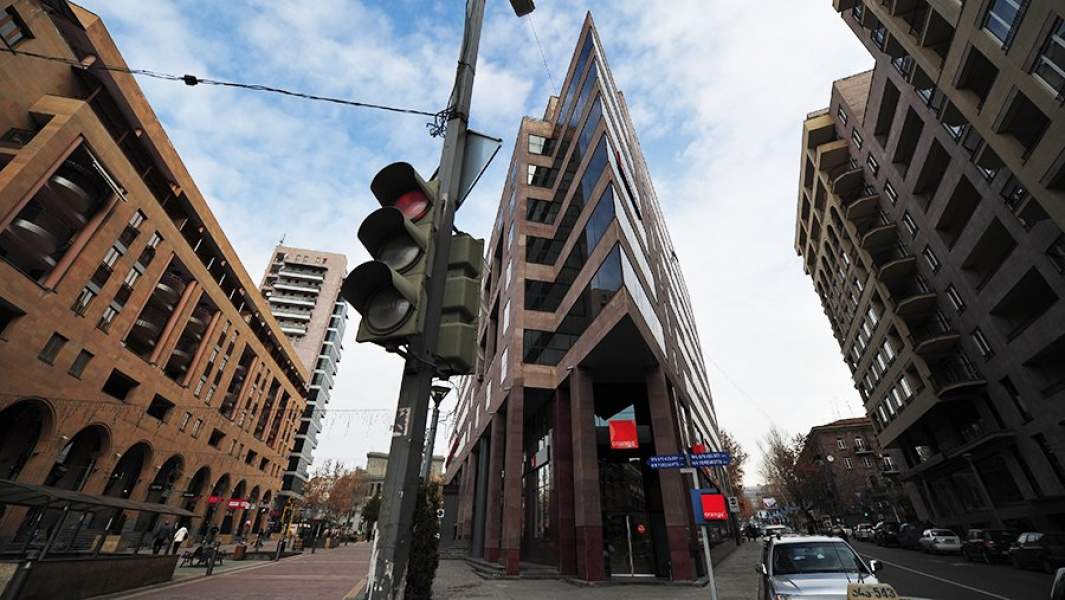 Cases when landlords terminate or do not renew contracts with their tenants have become more frequent. “My wife and two children and I have been renting an apartment for decent money for three years now – 150,000 drams ($370). Recently, I was informed that we had to leave before March 1, as the owner agreed with the Russians, who are ready to pay more. Formally, the owner does not violate anything – we simply expire the period prescribed in the agreement. But the problem is that we won’t take anything off for the same money, but my salary remains the same’, says Narek, a resident of Yerevan.

Prices for the purchase of apartments have also risen, although Russians have less influence on this issue. According to the State Committee for Real Estate Cadastre, foreigners participated in 3.6% of all sales transactions. The department says that apartments have risen in price due to rising prices for building materials, the devaluation of the dollar and the euro, as well as favorable mortgage lending conditions.

The Armenian authorities do not hide their optimism. The state budget for 2023 includes GDP growth of 7%. Revenue should increase by 18% ($900 million), mainly due to relocator transfers and better tax collection. Spending will also increase by 18%, additional money will be spent on defense, infrastructure, social and economic programs.

At the same time, experts urge the Armenian authorities to treat this year’s indicators calmly. “I would like to warn against euphoria. In the bird language of macroeconomists, what happened is called a “positive shock”. Positive, but still a shock,” says Evgeny Vinokurov, Chief Economist of the EDB.

According to his estimates, only 25-30% of the arrivals will remain in Armenia for a long time. The rest of the relocators will return to their homeland or go to other countries. “They gave the economy a positive boost, but the current trends are unlikely to continue. On the contrary, it will be harder to grow from a high base. This is the basis of our forecast of 4.2% GDP growth in 2023,” says Vinokurov. 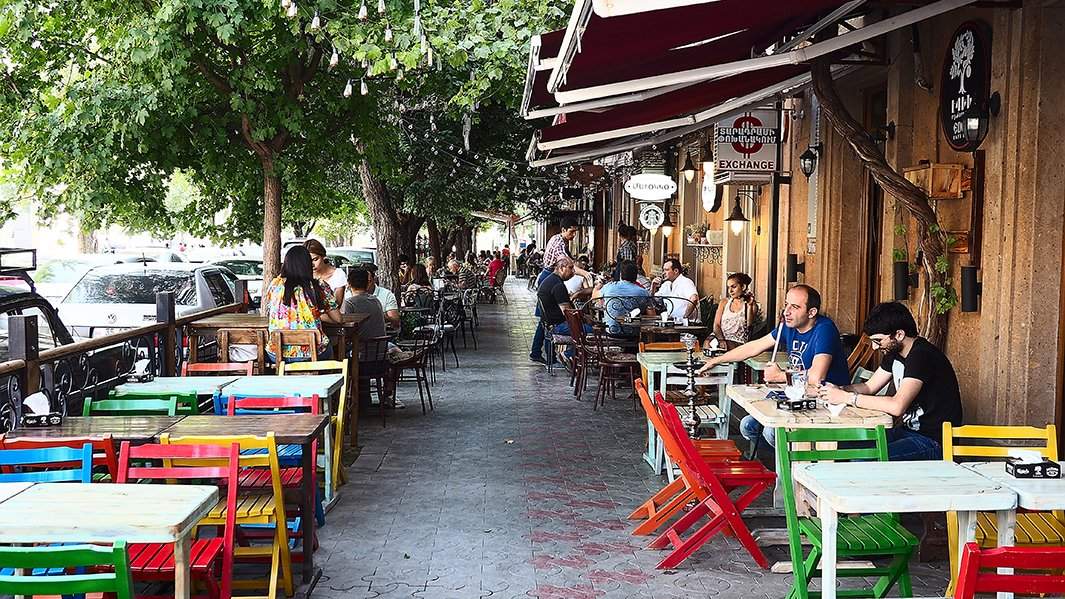 Economist Nairi Sargsyan believes that the Armenian economy has not changed structurally: “Growth was recorded in the IT sector, hotel and restaurant business, and the gaming sector. In the services sector, activity increased by 23%, in the retail trade – by 2%. That is incomes of the population did not increase, but at the same time prices rose by almost 10%․ The population has become impoverished, while trade has mainly intensified due to the influx from Russia“.

Sargsyan adds that if the Russians leave, then the Armenian economy will face a crisis. “Now the government manages the public debt, taking into account current economic indicators. And if the relocators leave, we will have a public debt that exceeds the limit established by law, and we will find ourselves in a crisis situation. It will be difficult to attract new loans from international organizations and other states,” he said.