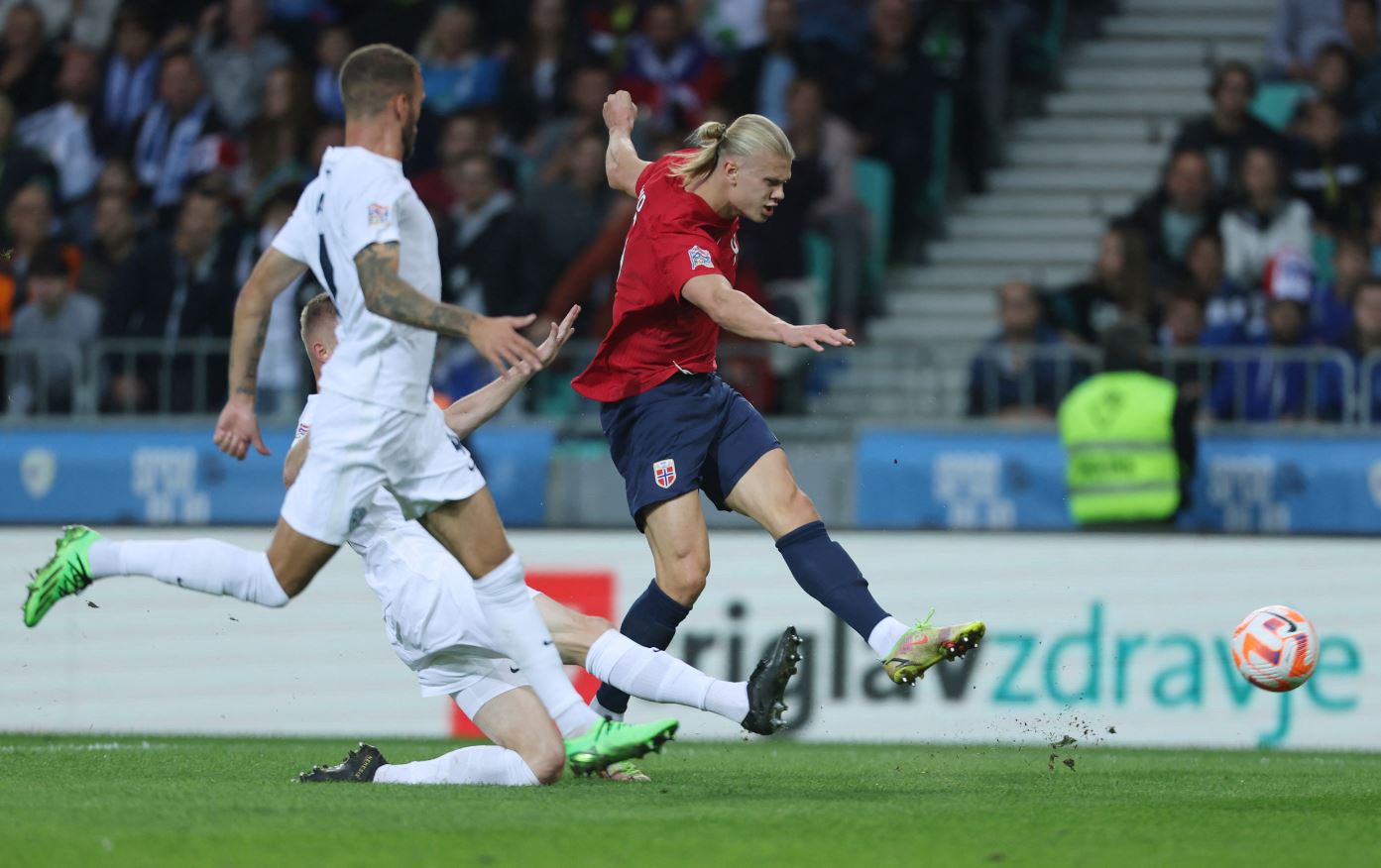 The national football team, Slovenia, defeated its guest, Norway, 2-1, during the match that brought them together yesterday in the fifth round of the group D competition in the second level of the European Nations League, which also witnessed the victory of Serbia over Sweden 4/1. The goals of the Slovenian team Andras Sporar and Benjamin Cisco scored in the 69th and 81st minutes, while Erling Halland scored Norway’s goal in the 47th minute. Slovenia raised its score to five points in third place, while Norway’s tally stopped at ten points at the top of the standings. In the second match, Serbia defeated its Swedish guest 4-1.

Aleksandar Mitrovic assumed the championship role for the Serbian national team by scoring three goals (hat-trick) in the 15th and last minutes of the first half and 48th before Sasa Lukic concluded the goals of the Serbian team in the 70th minute, while he scored a face-saving goal for the Swedish national team Viktor Claesson in the 15th minute. The Serbian team lifted His score to ten points is in second place, with a difference of direct confrontations behind the Norwegian team, which won the first match with a clean goal, while the return match will be held next Tuesday. Sweden’s tally stopped at three points in the last fourth place.