No Result
View All Result
Latest News
Road accident prone areas on national highways: Nitin Gadkari Description 29/07/2021
Scientists have revealed the ability of the “Lambda” strain of COVID-19 to hide from immunity 29/07/2021
Election is like a hailstorm .. KCR Anavaiti .. Shocking comments of a famous movie star 29/07/2021
Guillermo Rossini after recognition of the Mincul: “I am grateful because they give it to me in life” 29/07/2021
Lakshmi Manchu: You will do more than Rakul .. Aman Preet, who was praised by Manchu Lakshmi !! 29/07/2021
Next
Prev
Home India

Now let’s start the next movement ‘One Nation, One Quality’: Piyush Goyal 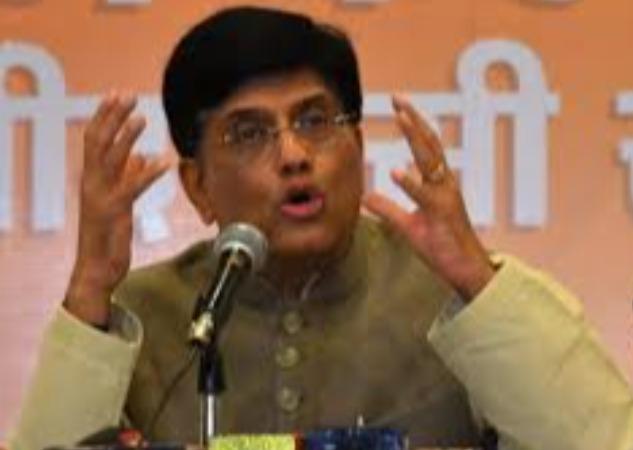 
Union Minister Piyush Goyal said it was time to launch the ‘One Nation, One Quality’ movement.

Examining the functioning of the Indian Standards Institution, he said that all sectors of the manufacturing and services industries should be integrated into the national movement and national uniformity in all types of government procurement and contracts should be brought about immediately.

The strength and character of a country is often measured by the quality of its goods and services. The minister said it was time for India to deliver only the best.

Goyal said the Indian Standards Institution should seek to establish international alliances to strengthen cooperation in this field.

He further said that laboratory tests conducted in India should be of international standard. “Modern equipment and latest technologies should be used,” he said, adding that the gap between the Indian Standards Institution and government laboratories should be reduced.

The Minister stressed that various organizations and public sector undertakings follow different types of standards and efforts should be made to bring all of them into the same standard.

Belinda was reunited with Christian Nodal after overcoming COVID-19

Rashmika who got a chance in another crazy project .. This beauty is also in Tamil

More than 450 thousand deaths in Corona, Brazil, and the threat of a third wave

And so it was in Kerala: two MLAs per constituency!

Tadipatri: Tears do not stop when you hear the story of this house: one by one, the other .. the whole family!

Schools to open for classes 6-8 from tomorrow: Telangana government announces