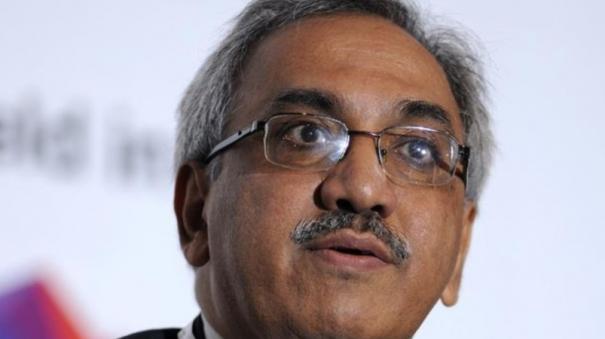 Mumbai: The former Chief Executive Officer (CEO) of the National Stock Exchange, Ravi Narayan, was arrested by the Enforcement Directorate in a case of wiretapping of employees’ phones.

In 2010, the National Stock Exchange (NSE) introduced the co-location facility to improve stock market trading. In 2015, the NSE was accused of abusing this framework and providing earlier stock market information to certain companies. The NSE was then brought into the ring of inquiry.

In connection with this case, the CBI arrested Chitra Ramakrishna, who served as CEO of NCE from 2013-2016, and Anand Subramanian, former Group Operations Officer of NSE, a few months ago and lodged them in Tihar jail. During the investigation, it was revealed that Chitra Ramakrishna and Ravi Narayan, who was the CEO-in-charge of NSE before him, tapped the phones of some people who worked in the company during the period 2009-2017. Ex-Mumbai Police Commissioner Sanjay Pandey was also found to have an important role in this wiretapping.

Pandey was arrested last July. Likewise, Chitra Ramakrishna, who was arrested by the CBI and lodged in Tihar Jail, was also arrested and taken for questioning by the Ama Lakh Department.

Meanwhile, Ravi Naraya has also been arrested by the enforcement department in the case of wiretapping. Ravi Narayan was appointed as the Chief Executive Officer and Managing Director of NSE in 1994 when it came into operation. He continued as the CEO of NSE till 2013. It is to be noted that Ravi Narayan is being arrested for the first time in NSE related corruption cases.