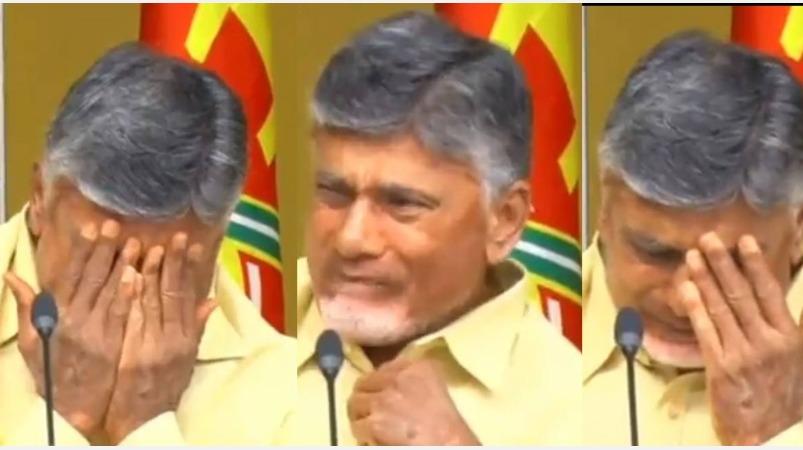 The day before yesterday in the Andhra Pradesh Legislative Assembly, it seems that some ministers have spoken poorly about Chandrababu Naidu and his wife, the housewives. Annoyed, Chandrababu Naidu walked out, saying, “I will come to the legislature only after I become the chief minister.” Later, while speaking to reporters outside the assembly, Chandrababu Naidu burst into tears.

Seeing the humiliation of Chandrababu Naidu and his tears, so far 5 volunteers have attempted suicide and are being treated in critical condition.

From Kokulam to Chittoor, the Telugu Desam Party (TDP) staged protests, road blockades and demonstrations across Andhra Pradesh yesterday condemning the Jagan government and issuing warnings. In many places effigies of Chief Minister Jagan and ministers were burnt. The police intervened and arrested the Telugu Desam party members.

The NDR family has denounced Chandrababu Naidu, ministers who criticized his housewives and Chief Minister Jaganmohan Reddy for not controlling them.

In Hyderabad, actor Balakrishna, his brother Ramakrishna and actors Jr. NDR, Kalyan Ram and Nara Rohit condemned the Jagan government. Balakrishna warned, “We will not wait for this to happen again.”