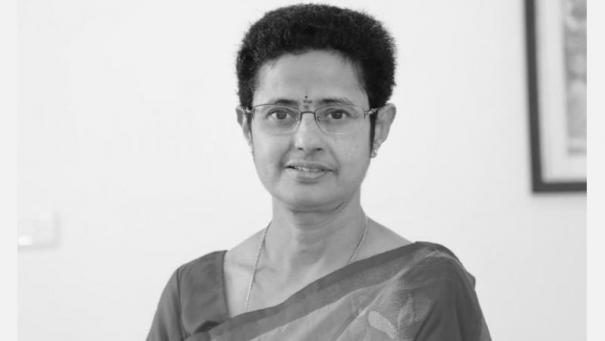 Uma Maheshwari is the youngest of 12 children of the late NTR, former chief minister of Andhra Pradesh, founder of the Telugu Desam Party and actor. His body was found hanging from a fan at his residence in Jubilee Hills. She is the younger sister of former Andhra Pradesh Chief Minister Chandrababu Naidu’s wife.

His brother and actor Balakrishna has been informed about his death. He is now in America. It is said that Uma Maheshwari was under stress due to her health problem. It is also being investigated from the angle that it may be the cause of suicide. The police have started serious investigation in this regard.

NT Rama Rao was one of the greatest actors of Telugu cinema. He is popularly known as NTR. He started a political party called Telugu Desam Party in 1982 with the aim of self-respect and to overthrow the Congress party from power. His party came to power in nine months. Since then he has served as the Chief Minister of Andhra Pradesh twice.

NTR died at the age of 72. His son-in-law, former Chief Minister of Andhra Pradesh Chandrababu Naidu, lost his post due to a rebellion in the party.

NTR has a total of 8 sons and 4 daughters. Recently, NTR’s family members attended the wedding ceremony of Uma Maheshwari’s daughter. It is noteworthy that three of NTR’s sons had died before this.

| Note: If you feel depressed or have suicidal thoughts, you can call Tamil Nadu Health Services Helpline – 104, Sneha Suicide Prevention Helpline – 044-24640050 to get rid of it. |