ODI cricket series against India – Newsy. Addition of Bracewell to the team 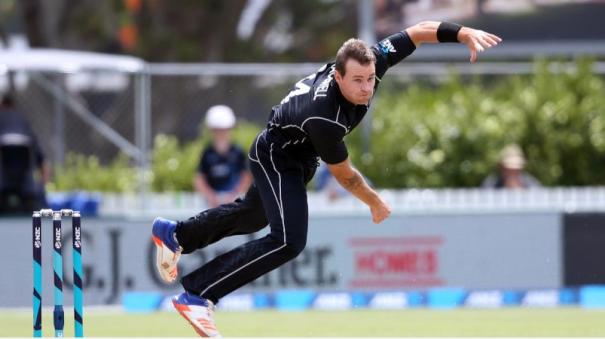 Auckland: Fast bowler Doug Bracewell has been included in the squad to replace New Zealand all-rounder Matt Henry, who was ruled out due to injury in the ODI series against India.

Matt Henry suffered abdominal pain during the 2nd Test match against Pakistan. Following this, the doctors advised him to rest for 2 to 4 weeks. As a result, Henry, who was in the ODI series against Pakistan and India, withdrew.

In this case, Doug Bracewell has been added to the team instead of him. Bracewell, 32, last played in the ODI series against the Netherlands in April last year. The 3-match ODI series between India and New Zealand will begin on the 18th in Hyderabad.