Officers did not find shooter John S. at home before he struck at a care farm: ‘Wanted with urgency’ 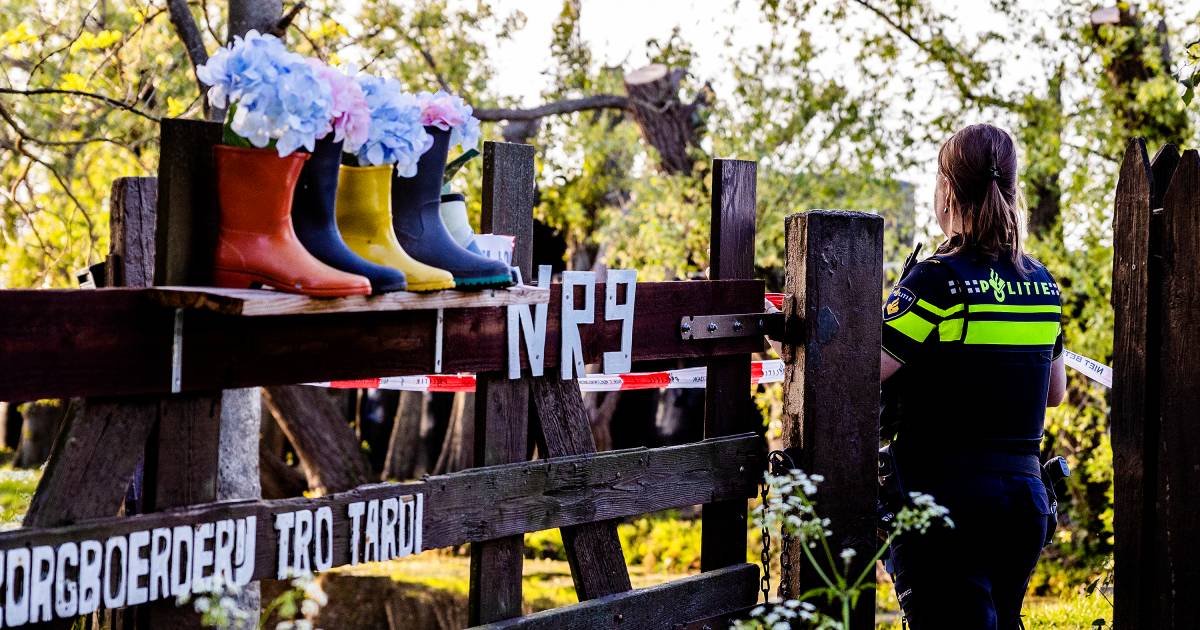 The police tried to arrest John S. (38), the suspect in the three murders in Alblasserdam and Vlissingen, before the fatal events at the care farm, but they did not find him at his house in Oud-Alblas. There has been no public alarm.

Spokesperson Alwin Don of the Zeeland/West-Brabant Police cannot name exact times, but he indicates that from Thursday evening ‘there has been an urgent search’ for S. “Among other things, at his home, but he was not found.”

The police manhunt started when 60-year-old shoemaker Johan Quist was found dead in his shop in Sint Jacobsstraat in Vlissingen on Wednesday. He had died as a result of a crime. A day later, the police spotted John S. as the suspected perpetrator. He had been known to the police for years as ‘confused and nuisance’.

In 2017 he made a suicide attempt and after that agents were also at his house several times. Yet no major alarm was raised, as sometimes happens with escaped detention officers or other criminals who are a danger to their environment. The police do say behind the scenes that they have done everything they can to get S. off the street as quickly as possible. He was just untraceable.

On Friday morning, S. struck again, this time at the Tro Tardi care farm, where he himself has a past. He shot at four people. A 16-year-old Dordrecht girl and a 34-year-old woman from Alblasserdam were killed, another woman (20) and a boy (12) were injured. After this shooting, the officers managed to arrest S.. They found him near the care farm.

Residents of the Weideveld in Oud-Alblas are still stunned that their streetmate is suspected of a triple murder. “We have lived opposite a kind of time bomb,” says the neighbor across the street. “He must have had that gun in his upstairs apartment as well. If we had gotten some words, he could have shot me too.”

He and his wife, who do not want their name in the media, say they have not been inconvenienced by the man, who, according to them, had lived there for about six years. ,,He was not communicative, nor did he say hello. I didn’t even know his name. We once saw a Thai woman and thought she was his cleaner. Until a week or two ago he was still going to work. He was driving a company car,” says the neighbor across the street. “A while ago he stood in his hall with a crossbow that he aimed down the stairs. I didn’t call the police, but apparently someone else had seen it, because officers came by and confiscated the crossbow.” The police have not yet been able to comment whether a crossbow has indeed been seized.

The suspect’s home was searched for hours on Friday by forensic officers in white suits and has since been sealed. Investigators also draw up a timeline that records exactly what happened and when. The daughter of the downstairs neighbor calls suspect John S. (38) ‘a strange man’. He lived quietly and withdrawn. My mother never bothered him. She even said he could live there for years to come.”