Official event canceled due to Omicron in Bangkok | All official programs of the new year canceled, efforts are being made to stop the new variants – Bhaskar 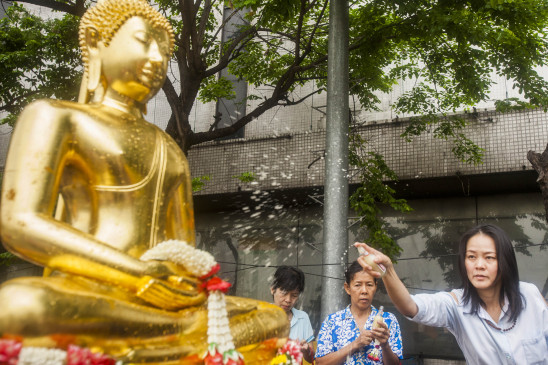 Digital Desk, Bangkok. The Bangkok Metropolitan Administration (BMA) has announced that all official New Year events have been canceled due to the possible rapid spread of the Omicron strain of Corona.

Bangkok Deputy Governor Kriyagyos Sudalbha said all New Year’s Eve activities, including Buddhist chants organized by the BMA in all 50 districts, would be canceled, Xinhua news agency reported. Cringyos said, however, that private events have been allowed as planned for now. But all programs should be implemented with strict measures against corona such as screening, cleaning and social distancing protocols.

He said that all the attendees of the program will have to report the vaccination or a negative corona test within 72 hours. Till December 22, more than 100 cases of Omicron variants have been reported in the country. Thailand exempted foreign tourists from quarantine from 22 December but has now suspended it to prevent the spread of new highly contagious variants.