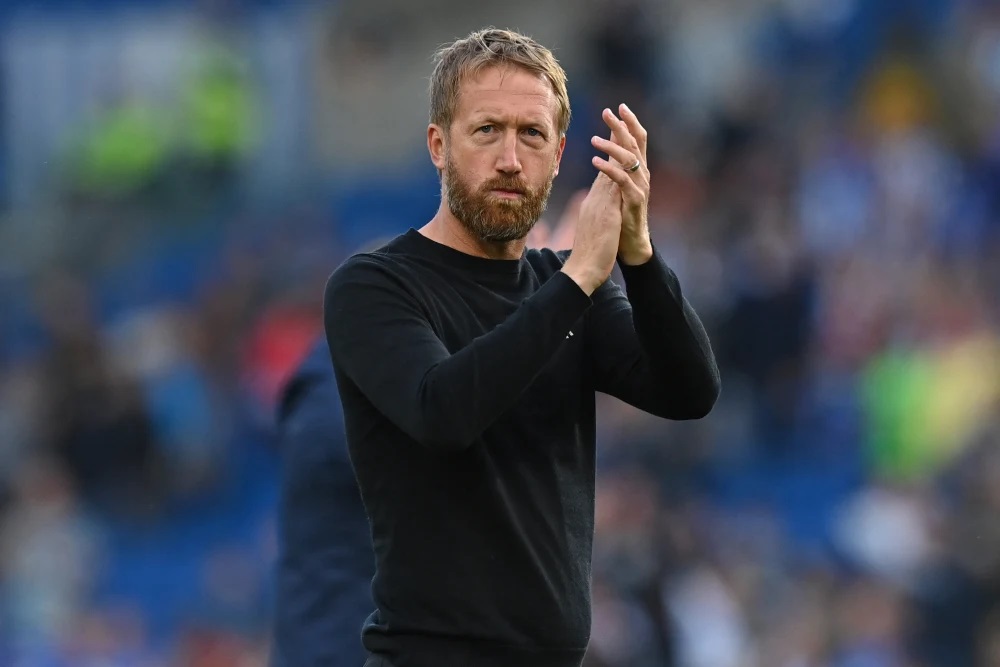 Chelsea announced on Thursday the appointment of Graham Potter, the current Brighton coach, as its new technical director, succeeding the sacked German Thomas Tuchel.
“Chelsea FC are pleased to welcome Graham Potter as our new coach on a five-year contract to bring progressive football and his innovative coaching to the club,” a statement from the London club read on their official website.
Chelsea had the latest shock on Wednesday by sacking Tuchel, nearly 20 months after his arrival in London during a period in which he led him to the 2021 Champions League title, due to poor results at the beginning of the new season after the huge spending in the summer transfer market.
Potter (47 years) is considered one of the best coaches in England with mediocre teams and offers attractive football and succeeded last season in leading Brighton to its best ranking ever in the English Premier League by finishing the season in ninth place, and is currently ranked fourth.
“I am very proud and excited to represent Chelsea FC, this amazing club. I am very excited to be working with the new owners of Chelsea and I look forward to meeting and working with an exciting group of players and developing a team and culture that our wonderful fans can be proud of,” he said.
Chelsea sacked Tuchel in the wake of Tuesday’s 1-0 defeat to Croatian host Dinamo Zagreb in the opening group stage of the Champions League, while many reports in Britain indicated that the dismissal was not related to this loss, but rather was a decision taken in advance after disputes with the new owners, At their head is the American Todd Boyle.
The latter said of the new manager: “We are delighted to bring Graham to Chelsea. He is a coach who has proven himself and is innovative in the Premier League and fits our vision for the club. Not only is he extremely talented on the pitch, but he has the skills and abilities outside of it that will make Chelsea an even more successful club.”
Tuchel arrived at Chelsea in January 2021, succeeding Frank Lampard, and led the team just months later to the Champions League title at the expense of Manchester City in the final.
He suffered from a humble start to the season, as the Blues are sixth in the Premier League after three wins, a draw and two losses.
Tuchel (49 years old) was linked to a contract with the club until 2024 and he is leaving after the management spent about 300 million euros in the summer to sign new players such as Raheem Sterling, Gabonese Pierre-Emerick Aubameyang, French Wesley Fofuna and Senegalese Kalidou Coulibaly.
Potter will lead the first game away from home against Fulham in the Premier League on Saturday before receiving Austrian Salzburg in the second round of the Champions League next Wednesday.