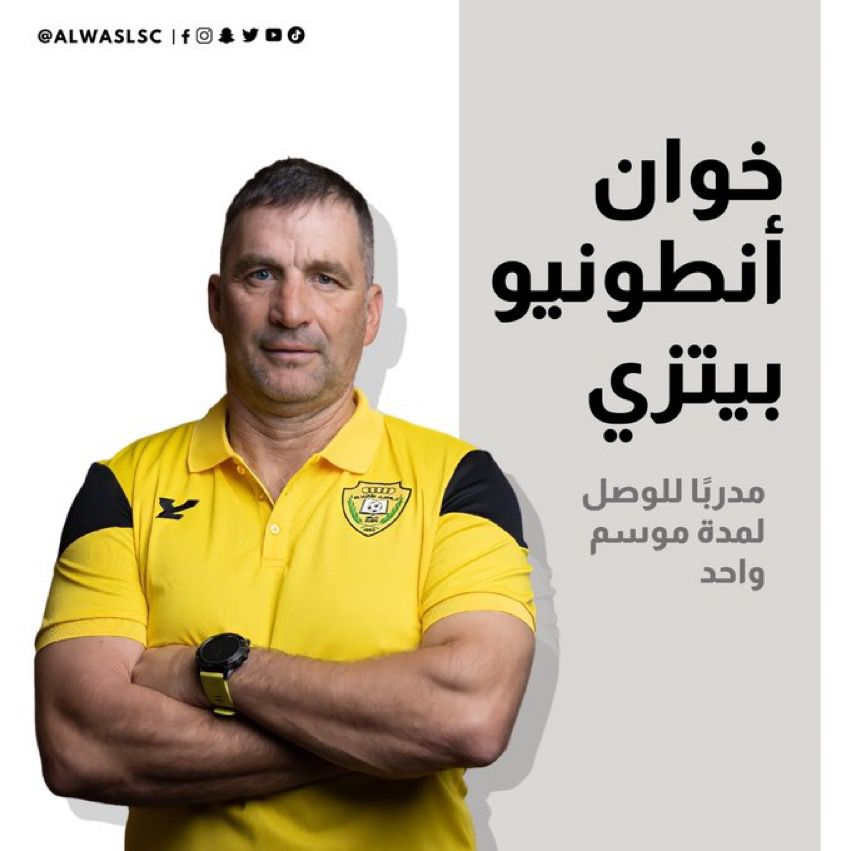 Al Wasl Football Company announced that it has signed Argentine coach Juan Antonio Pizzi to coach the first football team, starting from next season, for one season.

The company stated on its official account on the social networking site “Twitter” that it had contracted with Argentine Juan Antonio Pizzi for one season.

Pizzi will replace Brazilian coach Oder Hellmann, whose services were dispensed by Al Wasl management this week, after Hellmann’s contract was terminated by mutual consent between the two parties.