Officially .. Barcelona announces the departure of “Traore” and “De Jong” 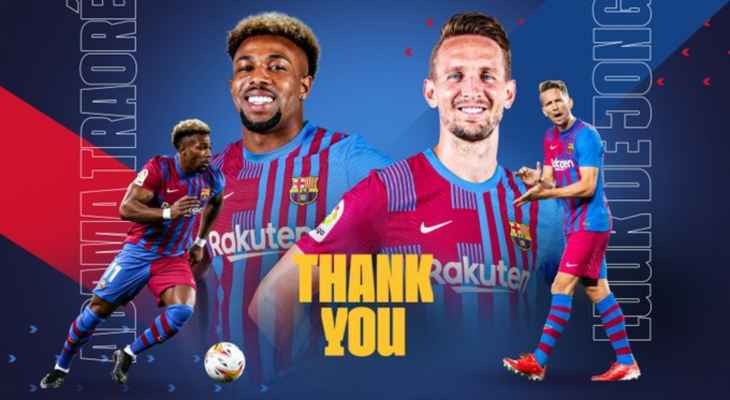 Barcelona has officially announced the departure of its Spanish internationals Adama Traore and Dutchman Luke de Jong, after the end of their loan period.

Traore returns to his original club, Wolverhampton, five months after leaving on loan to Barcelona.
Traore played 21 games with Barcelona in which he failed to score and was unable to put his name in the starting lineup consistently under the leadership of coach Xavi Hernandez.

As for De Jong, he has played for Barcelona since joining on loan from Sevilla at the beginning of last season, and the Dutch striker scored seven goals during his few appearances as a reserve.

Sevilla said he had agreed to bring De Jong back to Dutch club Eindhoven, where he played before moving to Sevilla in 2019.