Officially.. Manchester City announces that it has reached a preliminary agreement with Dortmund to sign Haaland 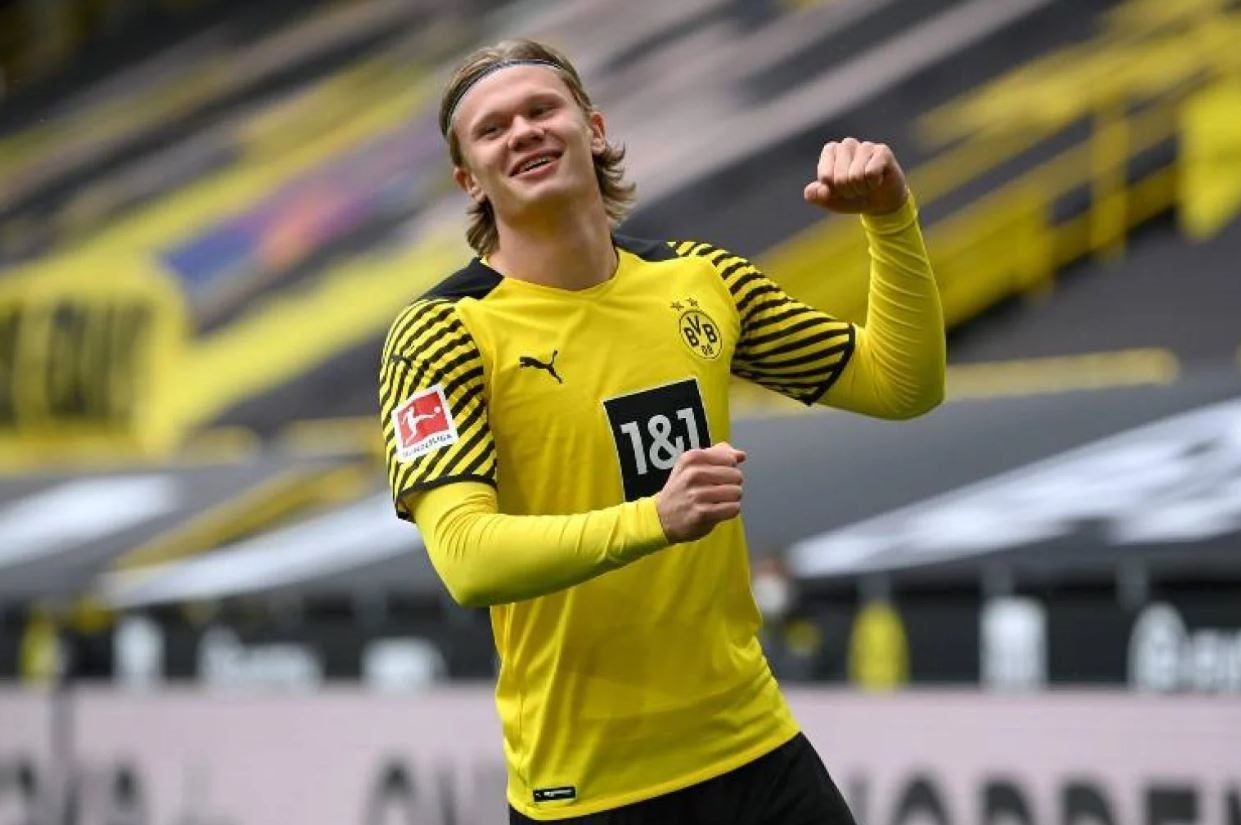 Manchester City, the leaders of the English Premier League, announced on Tuesday that it had reached a preliminary agreement with Borussia Dortmund, the second in the German league, to sign its international striker, Erling Haaland.

The English club said in a statement, “Manchester City can announce that it has reached an agreement in principle with Borussia Dortmund for the transfer of its striker Erling Haaland to our ranks on July 1, 2022. The completion of this transaction remains subject to the settlement of the final details (of the contract) with the player.”

The contract deal with the 21-year-old ends the long search for Manchester City, the center of a specialized attack, to replace the historic top scorer of the former Argentine international club, Sergio Aguero, who left last year for Barcelona before retiring permanently due to a heart problem.

Haaland, whose father Alf-Inge played for Manchester City from 2000 to 2003, has emerged remarkably since his move to Borussia Dortmund from Austrian Salzburg in January 2020, where he scored 85 goals in 88 games with the German team.