Officially.. Mane to Bayern Munich with a 3-year contract worth 41 million euros 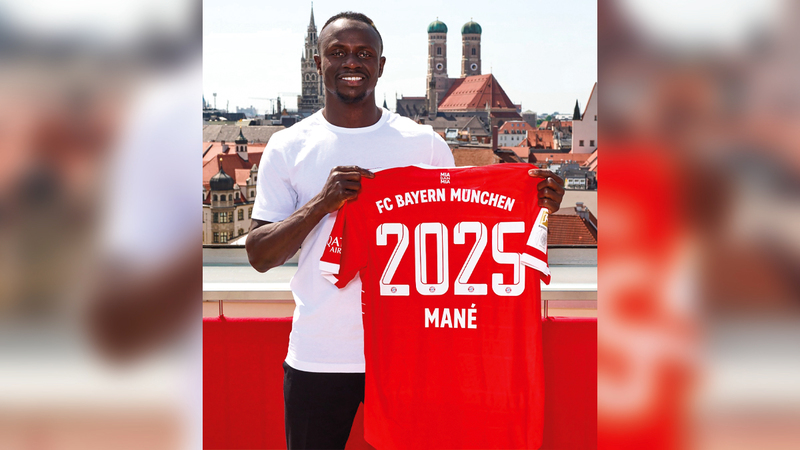 And a statement from the Bavarian club stated: “The 30-year-old striker signed a contract with the record holder in the German championship until June 30, 2025,” after “six amazing seasons with Liverpool,” according to the latter, during which he won the domestic league title and the European Champions League. .

And Mane arrived the day before yesterday in Munich, in preparation for his move and for a routine medical examination, while reports indicated that the deal amounted to about 41 million euros ($43 million). Mane revealed that he had rejected offers from major clubs to join the German champion, and said in an interview with the local newspaper “Bild”: “The Bavarian club is suitable for him.” He continued, “My agent told me that there were also interests from other clubs, but for me, the feeling was right from the beginning when Bayern presented his plan with me.” “For me, it was the right club at the right time.” And Mane, who can play as a spearhead or winger, may be an alternative to the deadly Polish striker Robert Lewandowski, who has repeatedly reiterated his desire to leave Bayern, and his name has been linked to a possible move to Barcelona. Mane has played 269 games in all competitions with Liverpool since his arrival from Southampton in 2016, scoring 120 goals and 38 assists, and has also won the Club World Cup, FA Cup, League Cup and European Super Cup with him.