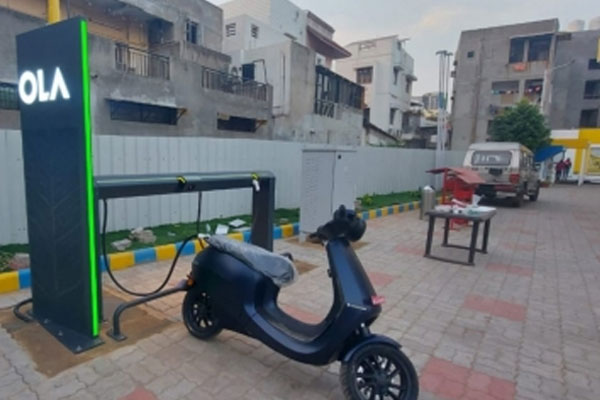 
New Delhi . Ola Electric has captured the top position in the fast growing Electric Vehicle (EV) market in India in just five months of launching its first e-scooter. According to data from the government’s vehicle portal, Ola has registered 12,689 e-scooter units in April, which is more than the previous segment leader Hero Electric.

Ola has registered a growth of 39 per cent in April as compared to the previous month.

Along with this, Ola founder and CEO Bhavish Aggarwal expressed his happiness through a tweet saying that his company has reached the number-1 position in the market. In his tweet, he said, “Ola’s market share: No.1!” He also took a dig at the fake statements against the company and said that the customers and the markets have exposed the facts and the truth. “We are just getting started,” Agarwal said.

Ola is also gearing up to launch its e-scooters in the global markets and has also revealed plans to launch an electric car by 2024.