Oliveira: Thank you Lima and Amouri for helping me score 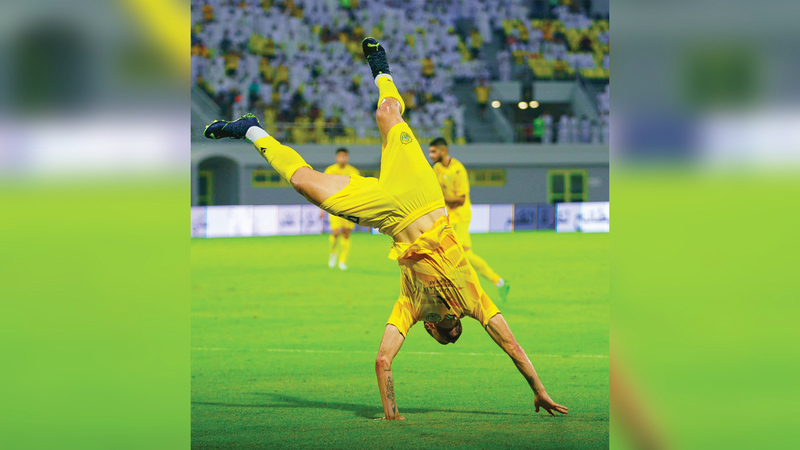 Brazilian Gilberto Oliveira expressed his happiness for scoring two goals to lead Al Wasl to a 2-1 victory over Al Bataeh yesterday, in the second round of the ADNOC Professional League, and thanked Fabio Lima and Omar Abdulrahman for his help in scoring. Oliveira said in a press statement: “I am certainly happy with my two goals and my contribution to the victory of Al-Wasl, but football is a team game, and my colleagues helped me to score, and I thank Fabio Lima and Omar Abdel Rahman for helping me to score.”

The Brazilian player indicated that the match against Al-Bataeh was as difficult as the technical staff expected, and said: “Our match with Al-Bataeh was not easy, but we played it with great concentration, and we worked hard before and during the match, because we knew the size of the opponent’s difficulty, and we know that Al-Bataeh is a good team, and it has High physical strength.

Oliveira talked about his ambitions with Al Wasl, and said: “I came to the Emirates to help Al Wasl win championships and compete for all titles, but this I cannot do alone but with the help of all the players, and we all have great determination to appear during the current season at the best possible level.”

He concluded his statements by praising the Al-Wasl fans, and said: “The presence of the audience in large numbers gives us a strong incentive to provide everything we have, and frankly, Al-Wasl fans played an important role in motivating the players in achieving victory over Al-Bataeh. .