Olympic White launches the Asian Cup with a loss from Japan 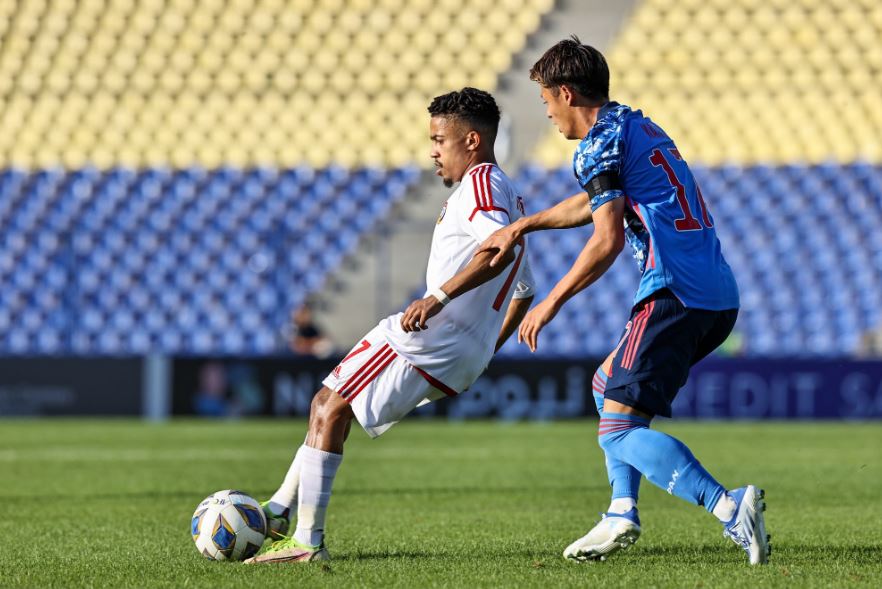 The UAE Olympic football team lost to its Japanese counterpart by two goals to one today, at the start of the Asian U-23 Cup, which is being hosted by Uzbekistan. And within the fourth group at the Pakhtakor Stadium in Tashkent. The first half ended in a goalless draw, while the second half witnessed the scoring of the three goals of the match.

The Japanese team advanced with the first goal through Suzuki “61”, and the UAE national team was equalized by Yasser Al Balushi after only two minutes, before Mao Hosuya added the second goal for Japan “76” from a header. Abdullah Idris missed a penalty kick in the second half for Al-Abyad.

The UAE Olympic team will play its next match against Tajikistan next Monday in the second round, and concludes the first round against Saudi Arabia.