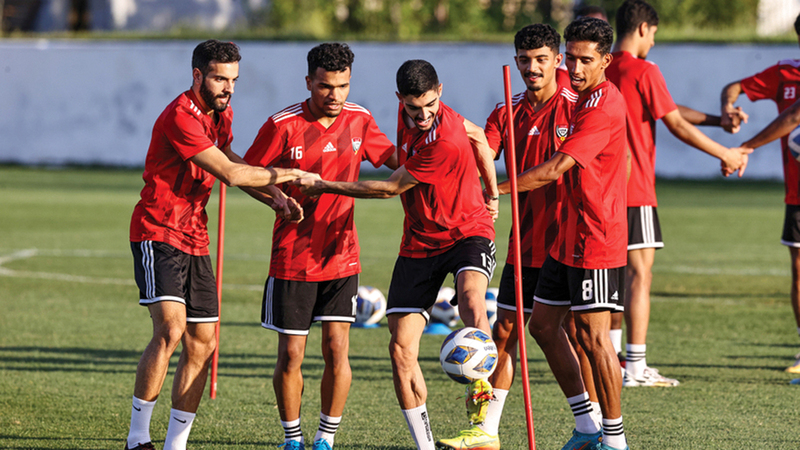 The Olympic football team raised the degree of preparation for the decisive confrontation against the Saudi national team, in the third and final round of Group D matches, in the U-23 Asian Cup – Uzbekistan 2022, which is scheduled to be held tomorrow, at Lokomotiv Stadium at exactly six o’clock in the evening Tashkent time (the fifth Emirates time).

The technical staff of the national team was keen to put the players who participated in yesterday’s match against Tajikistan in hospital training during the morning period, as well as a light training session during the evening period at the Beyoncourt Stadium, with the participation of all players.

Al-Abyad occupies third place in Group D with three points from two matches, after losing in the first round against Japan with two goals to one, and winning in the second round against Tajikistan with two goals without a response, and one point behind the Saudi team, “the group leader” and the Japanese “second”, both of whom have four points. Meanwhile, Tajikistan was eliminated from the competition to qualify for the quarter-finals, after it suffered a second defeat in a row, and fell to the bottom of the group standings.

The match is of great importance to both parties, as the national team plays the Saudi match with the chance to win only, to ensure qualification for the quarter-finals, while the Saudi green team plays with two chances of winning or a draw, and the Japanese team needs one point in its match with Tajikistan, which will be held at the same time at the Biondkor Stadium. to ensure eligibility.