Oman qualify with a “beautiful” goal 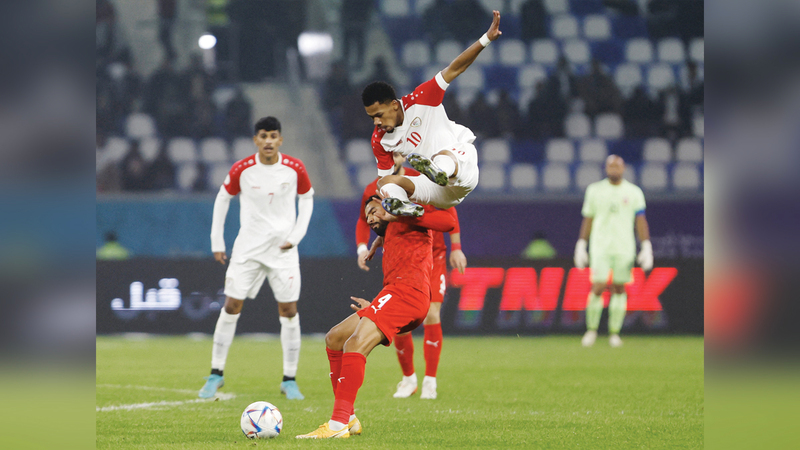 Jamil Al-Yahmadi led his country, Oman, to the final match of the Gulf Football Cup, “Gulf Cup of Basra”, at the expense of his Bahraini competitor (the defending champion) in the match that brought the two sides together yesterday evening at the Basra International Stadium in the semi-final round, in a match that was managed by the Emirati arbitration staff led by the referee. Adel Al-Naqbi, thus qualifying Oman to face Iraq in the final match.

The nets of both sides of the match remained steadfast in front of mutual attacks until the 83rd minute, when Jamil Al-Yahmadi hit a powerful ball from outside the penalty area, which settled in the top left corner of the Bahrain goalkeeper, to score the only goal of the match, which the Omani team kept until the end.

It is noteworthy that the match was equal from the two sides, exchanging attacks between them since the beginning of the meeting, and the technical level of the two teams met expectations, and the confrontation was attended by a large audience that supported the two parties.