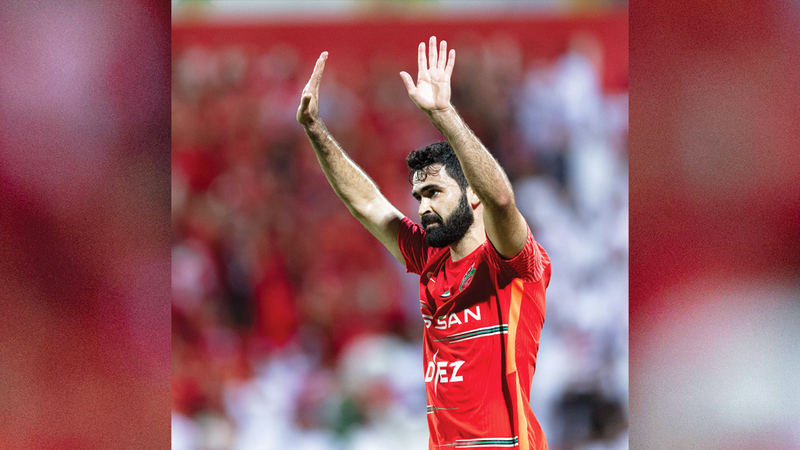 Syrian striker Omar Khribin refused to celebrate his first goal with Shabab Al-Ahly, after he scored against his former team Al-Wahda, during the two teams’ match, the day before yesterday, at the end of the third round of the ADNOC Professional League.

Khribin apologized to Al-Wahda fans at Rashid Stadium, after he scored the first goal for Al-Ahly youth team, and refused to celebrate the goal. his former team.