On a secret visit to Lugansk .. Zelensky is under fire 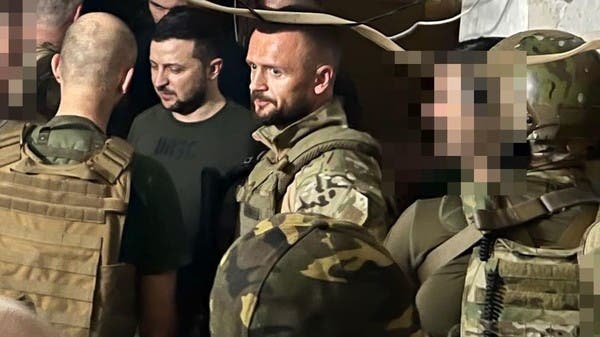 While on a secret visit to Lugansk province, Ukrainian President Volodymyr Zelensky was shot at.

A deputy from the Servant of the People’s party, Mariana Bezuglaya, which is the president’s party, revealed that Zelensky was among the Ukrainian army on a secret visit not long ago, when the shooting began.

She added that the president arrived secretly to support the army, to see everything with his own eyes, and to understand the situation there, as she put it.

While it is not possible to determine where the photo was taken, which was published by the Ukrainian vice-president.

Separatists talk about liberating the city

It is noteworthy that the President of the Russian Republic of Chechnya, Ramzan Kadyrov, announced on Monday morning that his soldiers had begun to “liberate” the city of Zolote in the breakaway republic of Luhansk.

In this way, Kadyrov stated, the advance on Lysechhansk, the only city in the breakaway republic, which is under the control of Ukrainian forces, would be guaranteed.

As he said on his Telegram channel: “Various Nazi forces are against us in this region, including Polish mercenaries.”

During the past weeks, the battles focused and intensified in Severodonetsk, which is a key city in the Donbass region, the fall of which will pave the way for Russian control of the entire Donetsk region.