On his first visit… the Taliban’s foreign minister to Iran 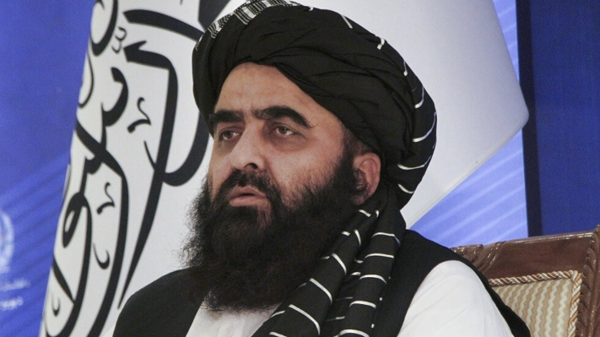 The Taliban’s foreign minister visited Iran, on Saturday, in the first visit of its kind to the neighboring country since the extremist movement seized power in Afghanistan in mid-August 2021.

“The visit aims to hold talks on political and economic issues and the transit of refugees between Afghanistan and Iran,” Taliban Foreign Ministry spokesman Abdul Qahar Balkhi said on Twitter.

He also explained that the Taliban delegation headed by Foreign Minister Amir Khan Mottaki participated in a first meeting with Iranian officials.

Tehran does not recognize the Taliban

Iran, like other countries, did not recognize the new government formed by the Taliban after it took power following the rapid US withdrawal in mid-August.

“Today, we are not about to recognize the Taliban government,” Iranian Foreign Ministry spokesman Saeed Khatibzadeh said at a press conference this week.

“We hope that the governing body in Afghanistan will move in a direction through which international recognition can be obtained,” he added, reiterating Tehran’s position calling for the formation of an “inclusive government that reflects ethnic and demographic diversity” in Afghanistan.

After the Taliban declared a government of all male members belonging to the movement and the majority of them from the Pashtun ethnicity, Tehran expressed its regret that the group did not represent all Afghans, calling for a government “representative of diversity.”

Afghanistan faces one of the worst economic and humanitarian crises in the world.