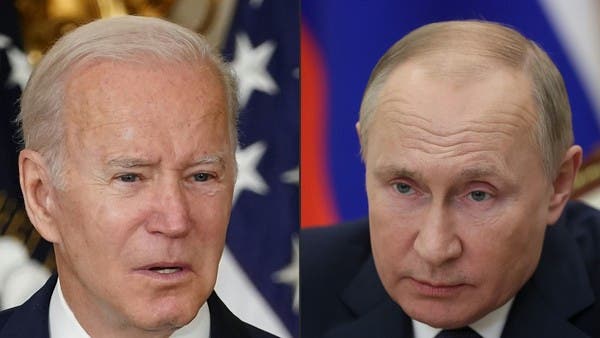 Twenty-four hours before the virtual meeting between Russian President Vladimir Putin and American Joe Biden, the Kremlin described the state of US-Russian relations as “extremely unfortunate.”

Kremlin spokesman Dmitry Peskov confirmed that the two leaders’ call on Tuesday would focus on what Russia sees as a creeping NATO expansion towards its borders and long-term security guarantees that Putin said Moscow needed from the West.

Last month, US officials noted unusual movements of Russian forces near Ukraine and raised fears of what they described as a possible Russian invasion, but Moscow called the comments alarming.

Putin has said he wants legally binding guarantees that NATO will not expand to the east and a pledge that certain types of weapons will not be deployed in countries close to Russia, including Ukraine.

It is also expected that Putin will raise the possibility of holding another US-Russian summit with Biden, as the last time the two met in Geneva was last June (2021).

And the White House had stated that Biden would discuss with his Russian counterpart, 3 main issues: strategic stability in the world and between the two countries, Internet issues, and regional issues.

While the list of contentious issues between the two countries expanded, it included Russia’s demand for security guarantees from NATO that it would not expand to the east, in addition to the issue of immigrants in Belarus, and the issue of Russian opposition leader Alexei Navalny.